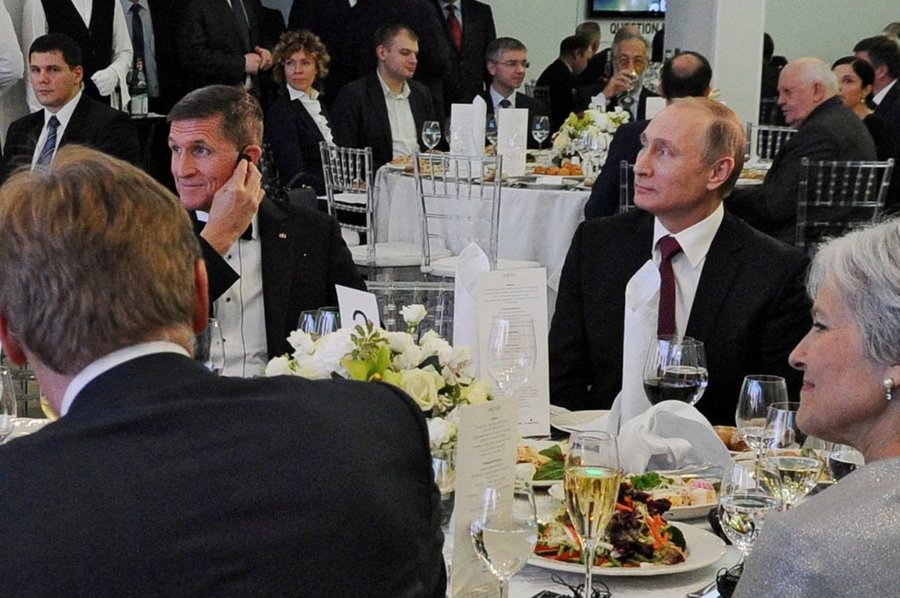 The high priests and priestesses of the Cult of Trump are convening this weekend in Texas. Conspiracy theory reigns and it rains conspiracy theory. Up on stage, holding the reins to the krazy krowd and steering them through the Big Lie dogma of the cult, is none other than disgraced pardoned felon Michael Flynn.

Flynn got involved with the wrong people politically a very long time ago and he didn’t knew when to quit. Maybe he didn’t know how to quit. Or maybe, and I think this is the actual truth, he didn’t want to quit. He had found his niche, abusing the trust originally reposed in him as a Marine general and seeking power for power’s sake.

In all events, on stage carney barker at Trump events and pushing the Big Lie are what Flynn lives for now.

Michael Flynn: “Donald Trump is still the President of the United States.” pic.twitter.com/vrwNmyMDYo

Is that a great theory or what? Office by fiat of hat count.

Words fail me. He should have stayed with the COVID-19 in the salad dressing conspiracy theory.