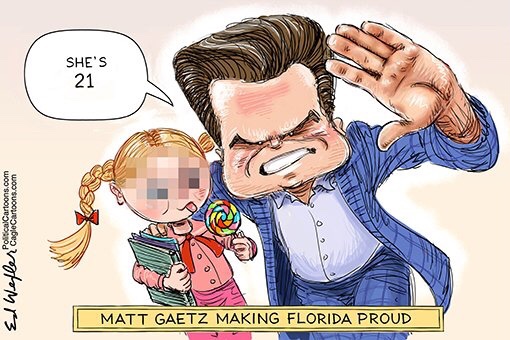 This is a must see, albeit short clip, of Matt Gaetz and Marjorie Taylor Greene in California. They’re with what comes across as an adoring MAGA fan and they’re both eating it up. Then the “p” word is dropped and you can see Gaetz start to freak. A suited man then steps into the cheery photo op and takes the acolyte away.

Ah, the ways of the cult are strange.

I told Matt Gaetz he wasn’t a Pedophile and he disagreed.
pic.twitter.com/qoPx9h9Xgp

Where did it go south?

Oh well, at least they got to go to the beach while fighting communism.