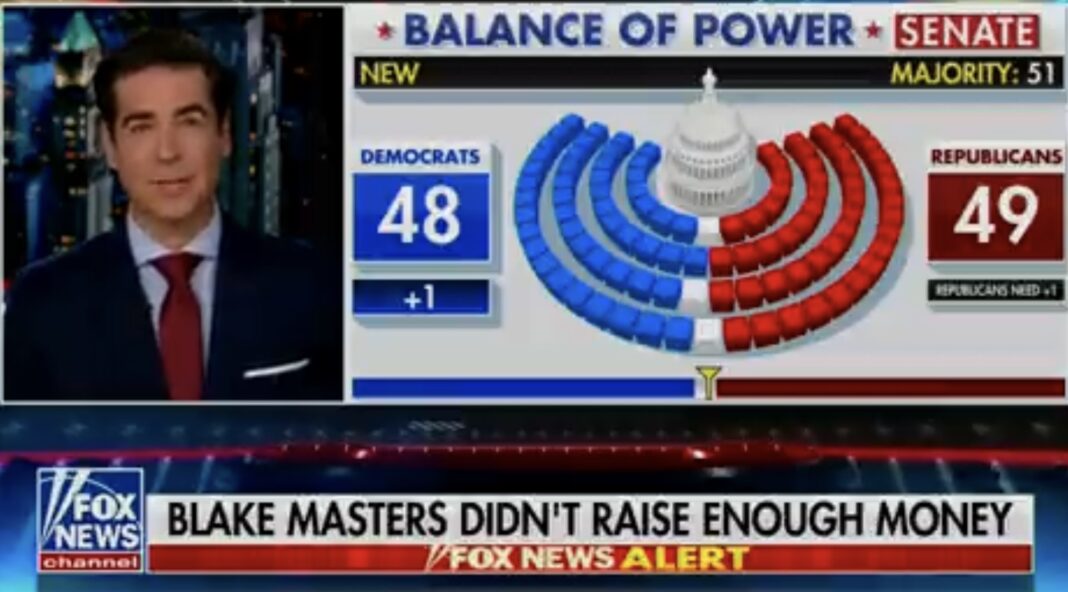 You know Rupert Murdoch & Son over at Faux Spews are done with the Orangeutan when they begin asking pertinent, probing questions about the bionic grift machine as if he were just another common pickpocket caught with his red hand in their (and their audience’s) Haggars.

After watching the Little Dicktater Ron DeSantis for four years whipping the Sunshine State into a proper fascist dystopia, the Australian Interlopers are ready to put that bloated loser drumpf out to pasture and ride the television landscape on their new Sh*tland pony.

And who can blame them?

Another cycle of El Chumpo’s hand-picked candidates and the Republican caucus of the Senate could meet in Ted Cruz’s favorite broom closet.

"where did that money go?" pic.twitter.com/5v3uPa0N8B

Well, that’s some of it…

And to fit it with auxiliary fuel tanks capable of a nonstop flight to UAE. You know just in case it’s time to fly over there for an “emergency” medical operation.

Watters is asking where Trump spent his massive war chest? I heard it for new landscaping at Mar-a-lardo. pic.twitter.com/xynLhZx2eu

Disgusting that this much money is put into politics and we have children going to school hungry every day.

NOW,He wonders where the money is?

Wow, he’s like a little baby just being born

Or like a Fox News anchor who just reads whatever drivel he’s given.

Haha. that's delicious. Almost makes me want to tune in to Fox News for a couple minutes. Nah.

Fox and Murdoch and the GOP pivoting to Desantis would be a glorious couple of years. Trump will go supernova with rage.

Trump had to fix his plane somehow… pic.twitter.com/XWbwf8itZE

The real question, Jesse, is what will be left of America after you and Rupert are done shagging it?

How do you freakin’ sleep at night?