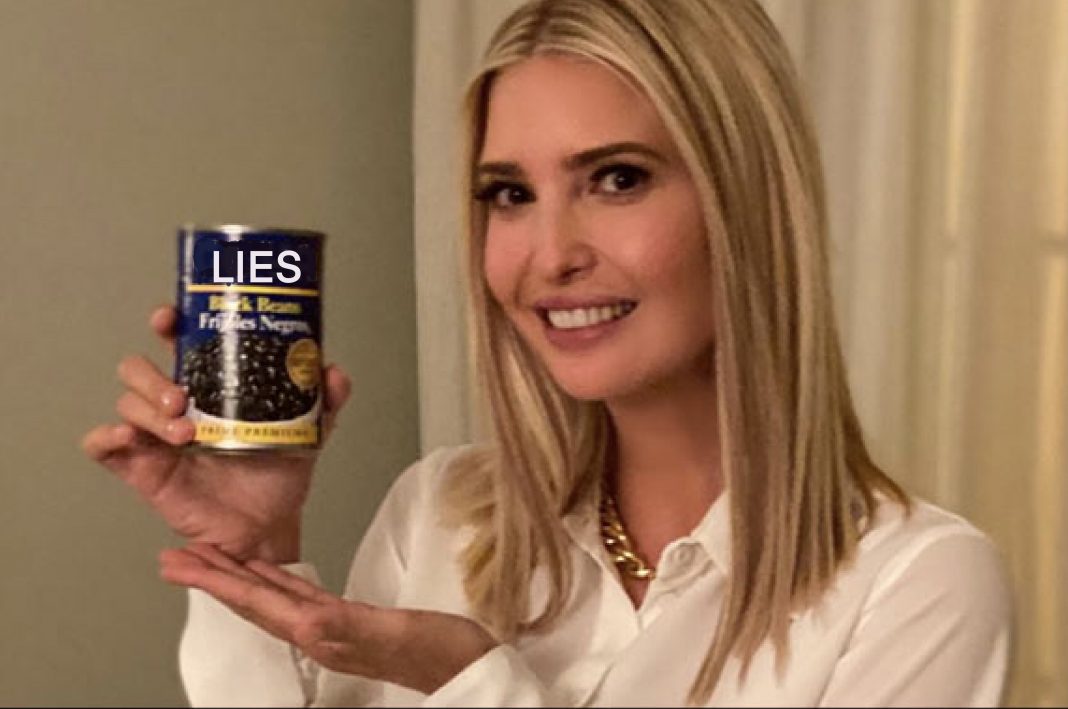 Well, this was certainly a juicy tweet to come across…

SCOOP: Ivanka Trump, in interview with the filmmaker Alex Holder recorded on Dec. 10, 2020, she sounded very different about her father's claims of widespread fraud than the portion of her testimony that the committee released, per a snippet the Times saw https://t.co/fQEhlpLrKs

For those of you who may not be aware, Alex Holder is a British Filmmaker who had access to the drumpf crime family in the Whitehouse in December of 2020. Alex has turned over video of interviews with Ivanka, Jared Kushner and others to the January 6th Committee and will Testify on Thursday.

In her testimony before the committee last week the prep princess testified in response to questioning about how she felt about daddy’s big lie bullshit…
“I respect Attorney General Barr so I accepted what he said,”

But, according to Maggie’s NY Times piece cornsilk contessa had this to say 9 days after Barr called Trumps lies, well, lies.

“Yet in the video with the filmmaker, Ms. Trump, describing her father’s gains in votes among key demographic groups, had a different reaction when asked whether she had a “take” on her father’s “very clear position on the results and what’s going on.”
“I think that, as the president has said, every single vote needs to be counted and needs to be heard, and he campaigned for the voiceless,” Ms. Trump replied. “And I think a lot of Americans feel very, very disenfranchised right now, and really, question the sanctity of our elections, and that’s not right, it’s not acceptable.”

Doesn’t really sound like she had reached the acceptance stage at that point does it?

But of course that was before dearest dad had unleashed his great unwashed to ransack the Capitol, searching for the VP and the Speaker of the house with murder in their eyes.

Before the votes were counted and daddy was thrown out on his fat ass and could not protect her from the consequences of squeaking seditious sentences.

It will be very interesting Thursday to see what other goodies Mr. Holder has for us…

…Do the pasty prince next.