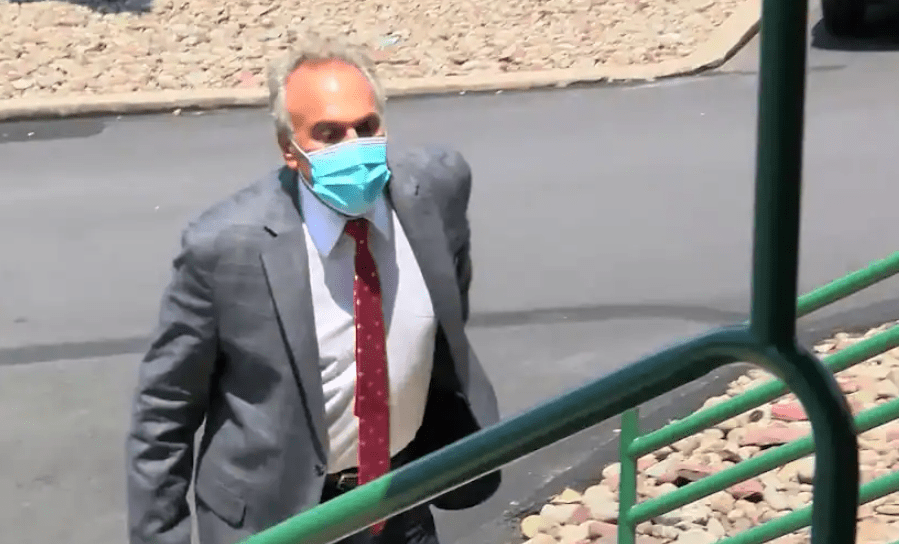 It’s pretty bad when you have to put a TRIGGER WARNING on the goings on of people who socialize with a former POTUS, but when the POTUS in question is Donald Trump, it makes perfect sense. Albert Hazzouri, a dentist from Scranton, who wrote  a letter to King Trump as he calls him  asking for help with an oversight committee on dental spending, is charged with groping one of his female patients after a procedure in May. The details are awful, but need to be expressed, because they not only illustrate the misogyny in this country, they tell you you kind of characters Trump hangs out with. Washington Post:

In an affidavit, Scranton Police Detective Dina Albanesi wrote that Hazzouri offered to walk the woman to her car. Then — when the two were in a stairwell — Hazzouri allegedly told the patient to “get on his back.” The woman told him no, police said.

“Hazzouri backed up into her, wrapped his hands around her and grabbed her buttocks and squeezed them,” Albanesi wrote. At the bottom of the stairs, she wrote, Hazzouri also grabbed the woman’s breasts and groin.

The woman went to police headquarters the same day, according to a police affidavit. Albanesi had the woman call Hazzouri on a recorded line.

“He stated it was a mistake and [he] didn’t realize he did it until after it was over,” the detective wrote. “He apologized and offered her free dental needs as long as she lives.” […]

Hazzouri appears to be a longtime customer of Trump’s businesses. He appears in photos of Mar-a-Lago’s New Year’s Eve party in 2015. In 2017, he was listed in U.S. Golf Association records as belonging to Trump’s golf clubs in Bedminster, N.J. — about 90 miles from Scranton — and West Palm Beach, Fla. (The association no longer makes those listings public).

In 2016, during a campaign rally in Scranton, Trump appeared to call out Hazzouri from the stage.

After Trump took office, The Washington Post reported that Hazzouri had become one of Trump’s regular golfing partners.

I don’t even want t think about the level of “locker room talk” at Mar-a-Lago. It’s all about misogyny and entitlement. It’s all about being out of control. That describes Trump and that’s the company he keeps.