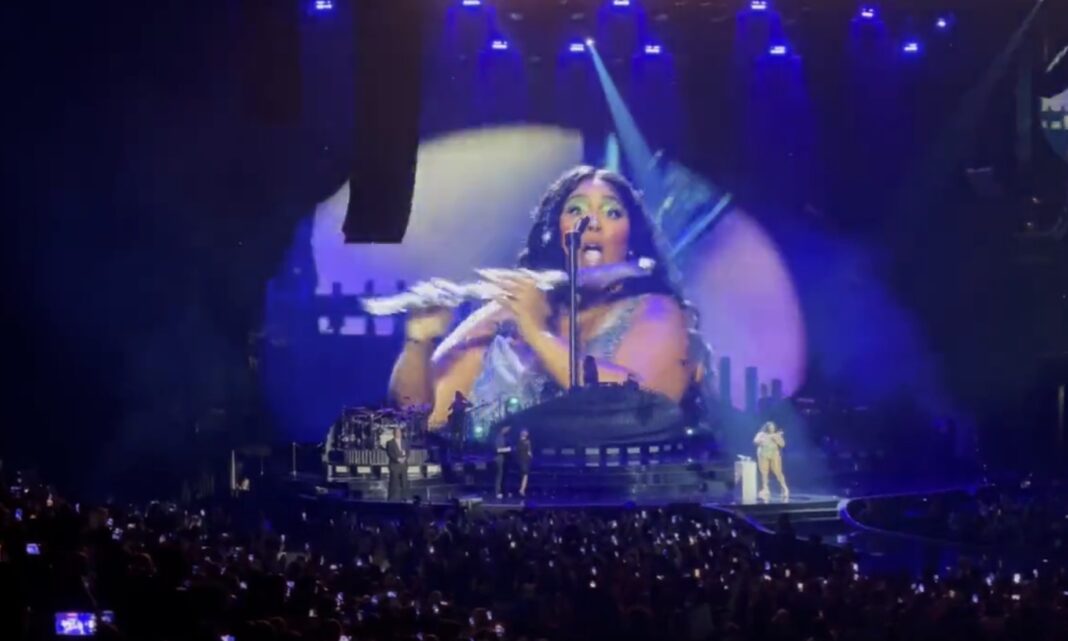 I am not going to pretend that I know all the nuances of the first black woman to be appointed the Librarian of Congress, Ms. Carla Diane Hayden, and the outrageously talented singer and musician Lizzo’s conspiracy to pull slave owning founding father James Madison’s 200+ year old crystal flute out of whatever dusty box it had been exiled to in the Library of Congress and play a few notes on it, in concert, while simultaneously promoting her demonstrably popular message of body shape positivity in her lingerie.

Given that the main source of income for an 18th century slaver involved exploitation of black women’s bodies to produce children and thus income, I do suspect that there was some co-mingling of symbologies involved in the exploit, and possibly a bit of giggling in the planning of it, and, for the record I am fine with both.

What I am not O.K. with is the pearl-clutching, whinging objections to the harmless but pointed bit of political musical theater encapsulated in Lizzo’s performance by so called conservative pundits like Ben Shapiro and Tucker Carlson, who are very supportive of GOP efforts to tear Madison’s Constitution down from the figurative living room wall of America and wipe their asses with it, but oh so offended when a black woman plays an old flute.

Just this week, we had an appointed-for-life Republican Justice to the Supreme Court saying that our 1st Amendment rights do not extend to calling him and his fellow conservatives hacks and illegitimate when they display complete contempt for the electorate they purport to serve.

And we had another Republican appointed Judge abetting the very miscreant that appointed her to her post in his attempts to burglarize classified documents from the White House and lie about the agency investigating him, accusing them of planting evidence during the search that recovered said documents, with no proof of the act offered.

And just yesterday the wife of a Republican appointed SCOTUS judge smirked her way into sworn testimony before a Congressional Committee investigating an insurrection and swore, again under oath, that the 2020 election was rigged and stolen, offering no proof, cause there isn’t any, of the misdeed.

Which act, I ask you, is more harmful to the Republic, the wry send-up and puncturing of the overblown mythos of American history by two accomplished black women or the deliberate attempts to dismantle Madison’s carefully constructed representative democracy?

I know on which side of this debate I stand.

Here is a clip of Lizzo fully dressed demonstrating her mastery of the instrument.

Here is a clip of Lizzo playing a 200-year-old flute in the library of congress. A beautiful performance from a well-trained musician. The outrage from certain people is just a symptom of their ideology.

(Every time you share this it makes a right-wing talking head cry.) pic.twitter.com/RCxjNlP1UB