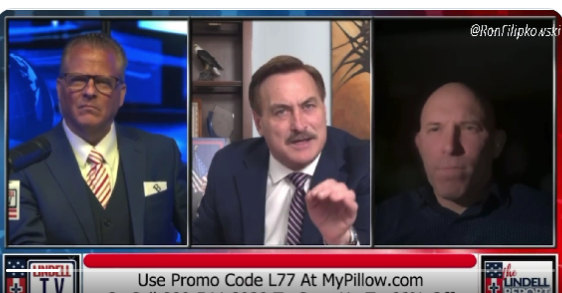 Ladies and gentlemen, boys and girls of all ages, in this ring we have Mike Lindell, threatening to debate Ronna McDaniel — or anybody else who wants to vie for the coveted title of RNC chair. Get your popcorn and cracker jack, this is going to be some show.

Now it will come as no surprise to you that Lindell is talking about the RNC chair the way he talked about his revelations of voting fraud. He was always going to have the goods in two weeks, remember? Two weeks. Now he’s saying he’s got delegates voting for him. So far in at least five, make that six states.

And I do so hope that he is right. Believe me, nothing would please me more than to see Lindell become Chair of the Republican National Committee. He has no greater supporter than me in his quest. Incredible but true, I want this for Mike like he wants it for himself.

Mike Lindell tonight challenges Ronna to a debate, says he will raise 10x more money than her for the RNC, will take no salary, condemns Tucker Carlson & Fox for not having him on, and says he has already secured the votes of the delegations of 6 states. pic.twitter.com/l3WLLpGatE 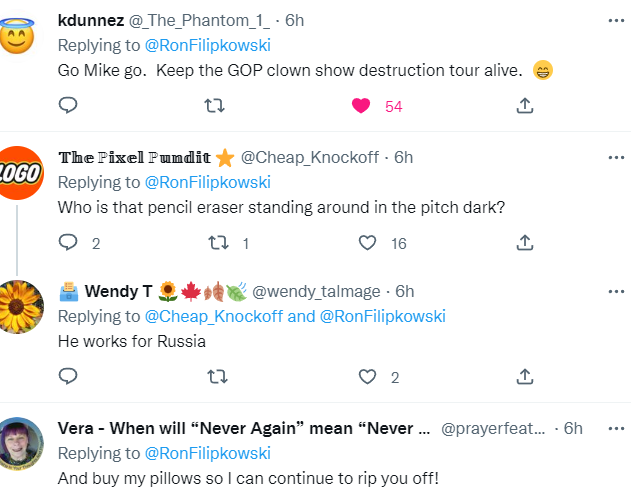 Love that there’s a coupon code scrolling to remind is this is an infomercial and they call to a political consultant who looks like he’s trapped sitting next to General Zod pic.twitter.com/22kZ3JELAC

I’ll say this much. Lindell is the first person to run for this particular office with his own network and coupon codes. This might be the new way forward for the GOP. Maybe Ronna can develop some housewares product or clothing item of her own. How about My Mittens, named after her favorite uncle? Yeah, that’s the ticket.

And she can provide a coupon code. And we can all walk around with photos of Mitt Romney, tied with a ribbon, hanging around our neck. And if we need to handle hot plates or just need something to do with our hands, we’ll have it covered.

Isn’t this wonderful? Going insane is so much fun. Just keep listening to Lindell TV, you’ll get there.