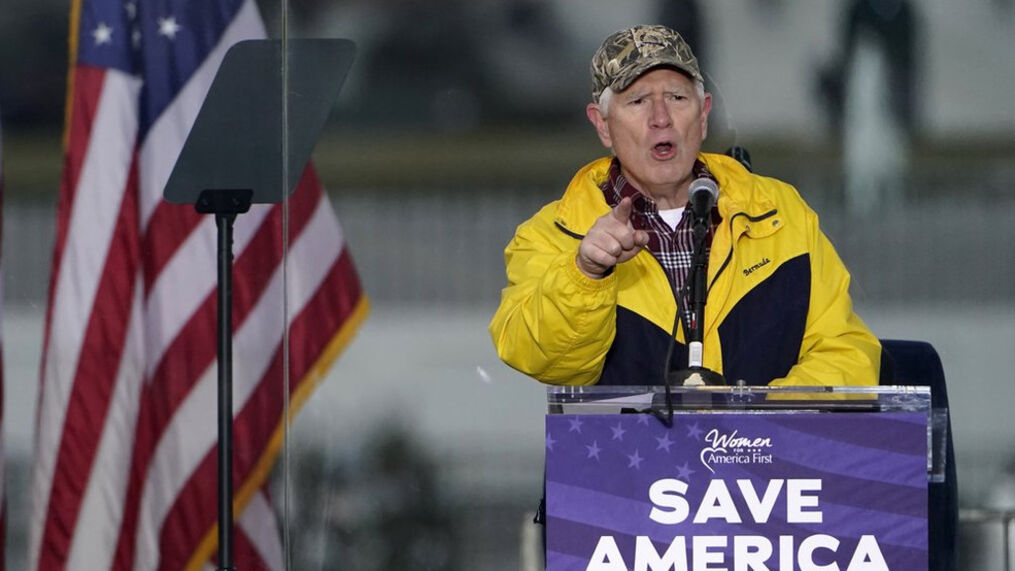 Well. I guess Bennie and the gang didn’t want to leave us with nothing to talk about for the next couple of weeks. And so they dropped a neutron bomb to keep us occupied.

And they did it in fine Hollywood cliffhanger style. In her opening statement, Liz Cheney beautifully teased it when she said that at the end of the hearing, we would hear former Trump officials in depositions actually naming the GOP House members who had requested presidential pardons in the days following the Capitol riot.

And GOP committee member Adam Kinzinger got what had to be some very satisfying payback when he did the honors at the end of his questioning of Elder, Rosen, and Donahue. He played the tape everybody had been waiting 2 1/2 hours to hear.

The infamous Rat Squad. The sniveling, cowardly, spineless GOP House sycophants who were willing to follow Traitor tot into hell, just as long as he gave them an asbestos blanket. And here they are;

Some of these are pretty obvious. Mo Brooks could be argued to have actively incited the mob to violence with his speech on January 6th. Scott Perry and Andy Biggs both played a part in the matchmaker operation to get Trump and Jeffrey Clark together to engineer the DOJ takeover. Louie Gohmert babbles so endlessly and incoherently that he just covered his ass on general principles. And MTG actually outed herself when she blabbed on FUX News about taking part in a secret meeting in the Oval Office between Trump and GOP MOC in the days before the riot.

My personal favorite is Matt Sugar Daddy Gaetz. For a very simple reason. While Gaetz was just as bombastic and moronic as the other shitheels on the list, you must remember, at that time Gaetz was, and as far as I know still is, under FBI investigation for child sex trafficking. That alone would be worth the risk of having his name outed in the media.

And it’s already had an immediate effect. Within 30 minutes of Thompson gaveling the hearing down, MSNBC broke the news that, now that his Senate run is over, and he has all this extra time on his hands, Mo Brooks is willing to testify in front of the J6 committee. This could prove very entertaining. Especially since Brooks has good reason to be pissed at Trump. First Trump endorsed Brooks, and then unendorsed him, and steadfastly refused to endorse him again for the runoff, which he lost badly.

I told you that the J6 committee wouldn’t disappoint us. Now that the rats are out of the sack, it should be fun watching them scurry around trying to show us how totally innocent their request for those pardons were. And with the committee looking at two interviews given by Trump to a British filmmaker after the Capitol riot, who knows what goodies await us next?