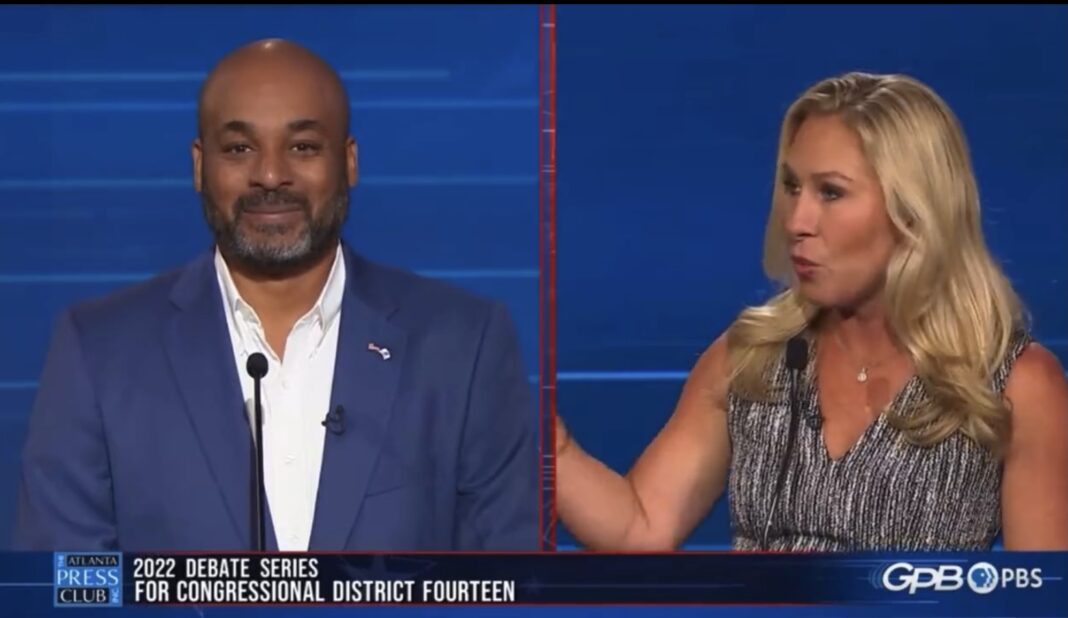 If I were Marjorie Taylor Greene’s opponent Marcus Flowers I’d be grinning like the cat that ate the canary too.

Not only did he manage to get MTG on camera endorsing drumpf’s big lie, which everyone but the most hardcore MAGAts are heartily sick of, but when he had backed her into that rhetorical corner, she lashed out with the ridiculous claim that there were FOIA documents that prove that drumpf won and… get this… her husband, whom she is in the process of divorcing has procession of them.

No word on whether that is single or joint custody.

Either way it seems to this reporter that drumpf himself would be mightily interested in getting his grubby hands on the docs…I guess he could always steal them.

Do they have joint custody of the FOIA?

I’ve got a feeling her husband wants no part of this.

Does her husband have a fake police badge too?

Lol. Her husband? Are you kidding me? Keep lying.

Don’t worry, she will.

So Marjorie Taylor-Greene's soon to be ex-husband has evidence that the 2020 election was "stolen", yet has withheld said evidence from all authorities and allowed Trump to lose 62 lawsuits? Is she on drugs? I think she's on drugs.

Narrator: There was adultery, and her husband has the proof.

I want to hear allll the discovery from Marge's divorce

Kari Lake also told Dana Bash she had the evidence of massive election fraud.
The question is why none was ever presented to the courts.

Her husband? They're getting divorced.
And we all know @RepMTG is guilty of committing a crime. Stay tuned .. #GA14Debate pic.twitter.com/21sTg4wDYi

Little did we know, that MTG's husband and Mike Lindell are having a secret contest to see who blinks first….while both holding on to the information that would overthrow a national election?

Georgia needs to kick this lying sack of bleached blonde hair to the curb.