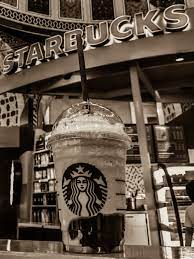 I’m not a big fan of shelling out $6.00 for a cup of coffee, but you can serve me all of this Frappuccino you want:

“A US judge ordered Starbucks to reinstate seven workers in Tennessee who say they were sacked in retaliation for pro-union
activity.

It is a victory for labour regulators, who sued Starbucks over the sackings, arguing that restoring the jobs was key to prevent future labour violations.

Starbucks denies retaliation. It said it would appeal against the decision.

She said reinstatement was “just and proper” whilst the claims worked their way through the judicial process, which can take years.“

Somehow, I don’t think these happy workers are worried about how long the case will take to conclude:

Starbucks claimed the seven employees were fired for cause, gee… judge, it had nothing to do with union busting.

STARBUCKS FOUND GUILTY OF BREAKING LABOR LAWS BY THE FEDERAL GOVERNMENT; THE MEMPHIS SEVEN TO BE RENINSTATED WITHIN 5 DAYS

A puppuccino “pet” stop at the Starbucks drive thru! #DogsOnTwitter #Starbucks pic.twitter.com/ZgA9SNCvk7

Fetterman’s in the fight, you Starbuckers should just give up…

Every PA worker should be able to join a union without fear of retaliation 💯 https://t.co/xTpy4xgoQp

I gotta have one of these tees!

Hell yes!! Let’s hear it for BLUE Memphis! We are sick of unfair labor practices and crap wages that we can’t live on.

Congrats to the Memphis Seven, ya’ll are awesome!