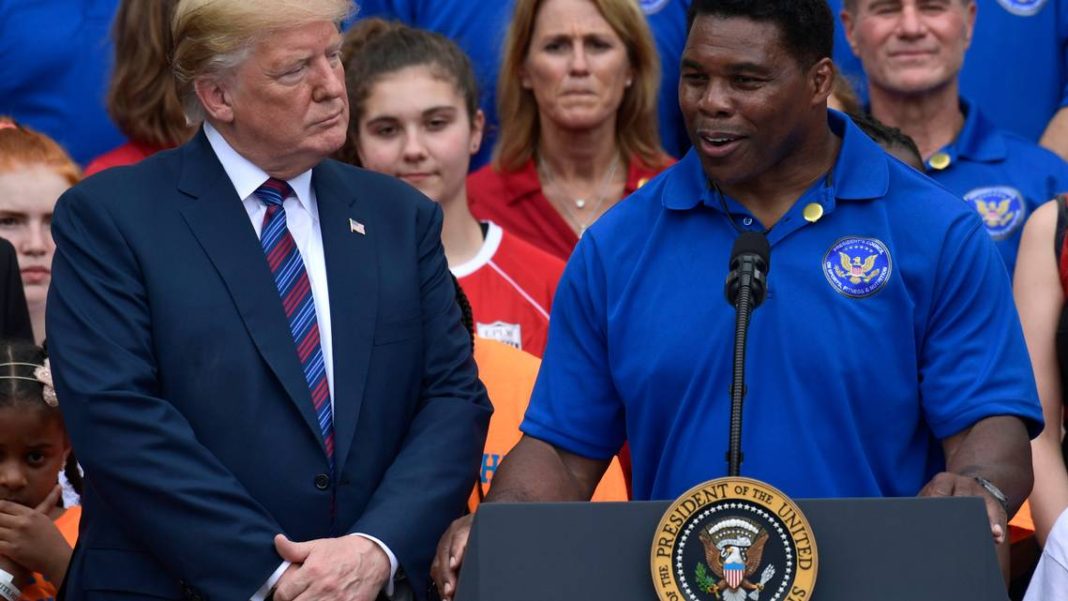 Another hurdle crossed. The Georgia Supreme Court did not listen to the Georgia Republican Party, RNC, NRSC, or any of them. It ruled to allow voting this Saturday, November 26, so the race is on now, full speed ahead.

Herschel Walker is toast at this point. The only person who can save him is Brian Kemp. Whut? Read this from Politico Playbook and see if Walker’s situation makes sense to you.

1. Walker underperformed in the general election. Both Democratic and Republican strategists we spoke with noted that one of the biggest structural hurdles for the GOP in the runoff is the roughly 200,000 voters (especially in the northern suburbs of Atlanta) who voted for Republican Gov. BRIAN KEMP but not Walker.

It’s not a leap to imagine that at least some of Kemp’s supporters held their nose and cast ballots for Walker earlier this month, and it seems unlikely those voters will turn out to back Walker without Kemp or another Republican appearing on the ballot.

2. Democrats have already won control of the Senate. One of the best arguments Republicans had going for them heading into November’s Election Day was that any vote for Warnock simply gave Democrats a chance to maintain control of an upper chamber that was otherwise up for grabs.

That argument is gone: Dems will control the majority in the Senate regardless of which party wins in the runoff, and that’s not good news for Walker. Given the very real issues with voter drop-off that we highlighted above, one of the strongest pitches he had was that a vote for him was a vote against Democratic control of the Senate; it was how some Republican voters rationalized holding their noses to support him.

This is the key point here. This is the point that takes the wind out of the sails. When it was a race for Senate control, that was one thing. Now it’s a race to get one more Republican senator in office and the worst candidate who has run for the Senate, not only this election cycle but possibly ever. That’s a different kettle of fish.

3. Warnock has the muscle memory. Warnock has run for this exact same seat four times in two years. His ability to rally the troops one more time is easier than it would be for most other candidates. Walker’s campaign infrastructure isn’t as robust, and his ground game lagged throughout the fall. His campaign is also now caught in the now-open crossfire between Senate Minority Leader MITCH McCONNELL and NRSC Chair RICK SCOTT.

That’s pretty compelling so far, right? So where does Brian Kemp come in?

In details shared exclusively with Playbook, the newly reelected governor will star in a new, direct-to-camera TV ad that begins airing on Thanksgiving Day, in which he says that Walker will be a “vote for Georgia, not be another rubber stamp for JOE BIDEN. That’s why I’m backing Herschel, and I hope you’ll join me in voting for him, too.” (Also worth noting: Kemp has loaned his voter turnout operation to the Senate Leadership Fund, a super PAC aligned with McConnell.)

Well, okay. Let’s parse through this, shall we? We just read that 200,000 people who voted for Kemp did not vote for Walker — but now an ad by Kemp is going to turn them around? And motivate them to get out in the streets and vote? Is that what we are to understand?

And Kemp loaning his voter turnout operation to aid Walker is no small thing. There is a lot to be said for boots on the ground, thumbs on the texts, etc. However, again, Walker is as far down as he is, in key demographics, and it’s thought that he can be saved at the 11th hour by walking the precincts?

Maybe he can. I’ll believe it when I see it. I think that Warnock is going to win because I honestly believe that the passion of the Democrats to get the crazy man out of the running and reelect the sane man is a lot greater than the desire of the Republicans to rally around the crazy man because he has an R next to his name.

And yes, I get it, we are talking about Georgia. But we are also talking about one of the most bat guano insane races possibly in the history of the Senate, Jesse Helms and all that notwithstanding.

I think the key takeaways here are 1) Walker underperforming in the general election as badly as he did; 2) Control of the Senate is not at issue, only Walker as a candidate and Walker is a horrible candidate; and 3) Good for Brian Kemp for rallying the team, but in the dark of night I’m going to bet that Kemp feels about Walker the same way Georgia’s Lt. Governor Geoff Duncan does, which is that Walker is a bad candidate. I’m sure Kemp isn’t ever going to come out and say that, but what is said and what is felt, particularly in politics, are two different things.

I don’t want to get ahead of myself, but I wonder if Walker is going to join in with Kari Lake or what he’ll do. Anybody?