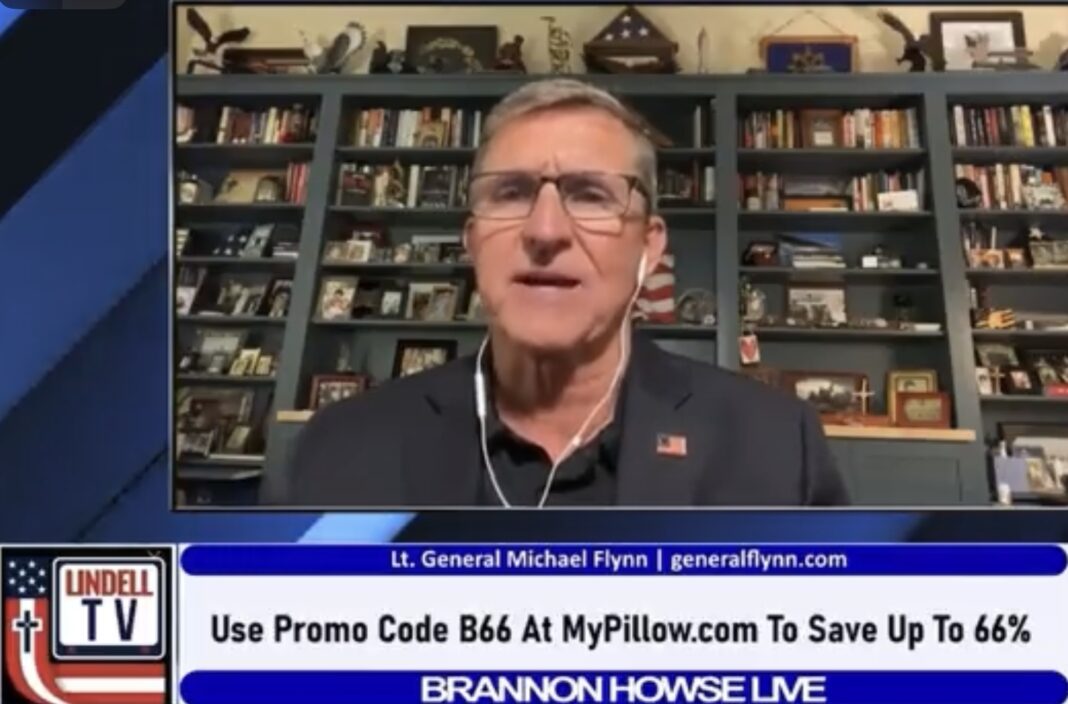 Nothing says that you are in command of the Wing-Nut Schlock Division of the MAGA Grand Armee in it’s 100 year crusade against the Government’s Godless Hoards of false narratives like appearing on Lindell TV to fluff his ‘My Pillows’.

That, as we used to say back during the big one in ‘Nam, Mike, is like fucking to save virginity…

But do go ahead, traitor,

I know you have pillows to sell…

Don’t forget Traitor Flynn was working as an UNREGISTERED agent of a foreign government. This disgrace should be in prison, not writing little documents about how to overthrow the government.

The mere fact that tfg calls Flynn a true patriot who loves his country should tell you everything you need to know about tfg's mindset.

If TFG gets back in, Flynn will be SecDef🙄🙄🙄

I like that “dying to beat the libs” tactic,
They should all deploy it.

We see your Narrative War,
and raise you to a Cartoon War!#SharpieWars

I pick Garfield for my fighter, JZ…

You know why. Trump and Barr make sure that criminal would be free.

How is this broadcast not actionable under the Omnibus Counterterrorism Act of 1995?
A retired commanding general outlining armed warfare against the United States. Simply enter the transcript directing into evidence.

It’s OK if Republicans do it, Dogstar, are you Sirius?
Erp,
Sorry…

Why hasn’t he been re-activated , remove his chickens on his shoulders, remove his pension and court martialed?

Stating the obvious:
Donald Trump’s former National Security Adviser has come under fire for telling a QAnon conference that the toppling of the US government “should” happen.https://t.co/CnXKaahVvm

Some one give this guy a Silver Star:

Triple-agent Flynn is another Trump pardoned felon allowed to incite sedition. Pardon powers must be reworked to not facilitate POTUS criming

The chyron is funny. MyPillow is still in business?

Thanks to Ron Filipowski for slogging through those right-wing brain so we don’t have to.