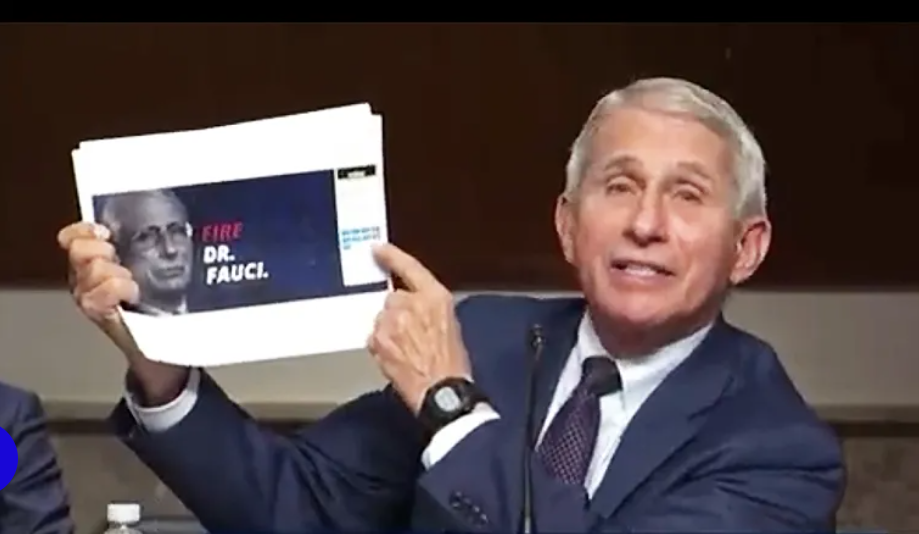 The ghost of John McCain is grinning right now. He couldn’t stand Rand Paul either and that feud went on long before COVID-19 darkened our doorsteps and became a propaganda slash fundraising tool for the junior senator from Kentucky. Dr. Anthony Fauci pulled Paul’s covers in the Senate today.

“You keep distorting the truth. It is stunning that you do that.”

All the cross-talking got Senator Patty Murray, who was leading the discussion, to demand that Rand Paul shut up. Then Fauci said this.

Dr. Fauci said Sen. Rand Paul is responsible for the ‘crazies’ who threaten his life, including a person who was recently arrested while heading to Washington, D.C., to kill him — and said the senator’s motives are purely political pic.twitter.com/9V3mK2Mfx8

Rand Paul is yet another one of these politicians that you shake your head and ask, “How?How do they keep getting reelected?”

Here’s a link to an old story of mine depicting the Rand Paul/John McCain feud. It’s also entitled “Fireworks In the Senate….” This is from March 15, 2017. McCain pulls no more punches than Dr. Fauci did. He tells the Senate that Paul “is working for Vladimir Putin” and Paul went nuts. I share it with you here because Rand Paul will never change. McCain knew it and I’m sure Fauci does, too.