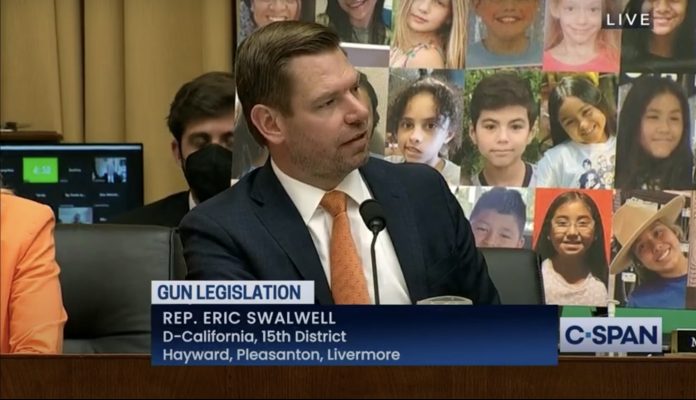 Rep. Eric Swalwell took no prisoners during a House Judiciary Committee hearing today, absolutely tearing Gym Jordan and his fellow Republicans a new one where they didn’t know they could have one:
PoliticusUsa

Pop some popcorn and watch the whole thing, it is worth the admission:

You’ll have your answer when they vote, Eric, they are there for the killers.

Charlie Pierce of Esquire magazine was watching and he had this R rated take on the proceeding, which elicited some entertaining replies:

I'll go to the mat with you on this one.

Now that's a visual I wish I could get rid of.

It’s all fun and games til Screwy Louie gets his feels hurt.

but I could watch him blowing a gasket 1000 times.

Now do the January 6 hearings on PBS.