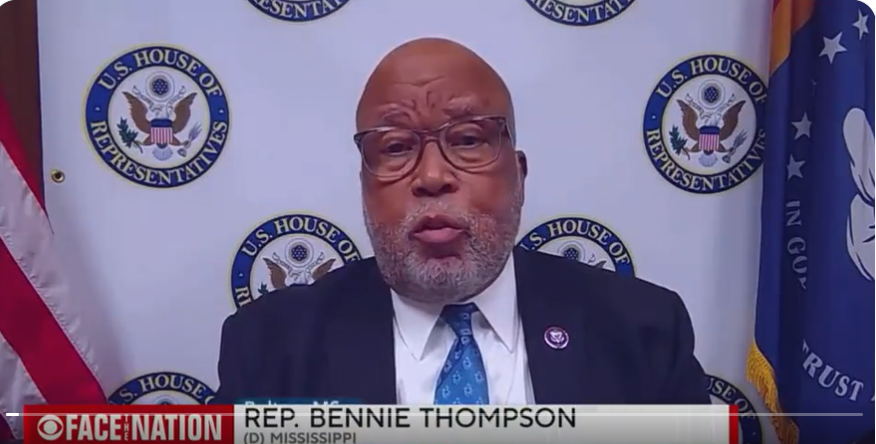 As Monty Python cast member John Cleese used to say in his role as a London Bobby, ‘Ello, ‘ello, ‘ello. Wat’s all dis den? The next scheduled hearing for the J6 committee is scheduled for tomorrow, with GOP congressman Adam Kinzinger taking his turn to skewer Trump over his attempted corruption of the DOJ to help to overturn the election results. Good times.

But it was J6 committee Chair Bennie Thompson who made the real news today. After tomorrow’s hearing, the committee was scheduled to reconvene next week, even though congress is on a break, to hold the last 2 hearings, presumably with the Who shot JR cliffhanger being broadcast in prime time. But today Thompson announced that after tomorrow’s hearing, there will be no more hearings until Sometime in July.

Huh? Why the sudden last minute change? It’s not anything nefarious, and not what you might think. It turns out that after the success of the first 4 hearings, they are being deluged with potential former Trump aides, staffers, and associates that suddenly want to appear before the committee and put their two cents worth in.

Hey, Chubber Donnie! Get to know who your friends are, huh? There really isn’t any great mystery about this sudden surge in committee interest. 95% of testimony has been from former GOP aides, associates, staffers, and operatives. The combination of how warmly and heroically these witnesses have been received, as well as Trump’s near total impotence to take revenge, has these wallflowers wanting their moment in the spotlight. And from where I’m sitting, the more the merrier.

This is devastating news for Trump. And not only for Trump, but for other ass clowns like Giuliani, Eastman, Meadows, Bammon, and the rest of The Gang That Couldn’t Shit Straight. Because these people now obviously feel comfortable in coming forward to tell their stories, and who knows What they know?

That’s why Thompson is delaying the hearings, he wants to use those two weeks to interview as many of these witnesses as possible. And of course, it will take time to collate and prepare it. And Thompson doesn’t want to have to leave anything in the locker room when the final curtain comes down.

And please, do me a personal favor. Don’t believe any of that bullshit about the J6 committee being under some kind of strangling artificial timeline. For starters, the J6 committee obviously wants their final televised hearing by no later than late September or early October, so it can have the maximum effect on the midterms. And second, iconic prosecutor Vincent Bugliosi, the man who put Manson away, wrote in Helter Skelter that he started working on his Closing Argument on the Day he was handed the case. Getting the facts in when they were fresh in his mind minimized the risk of omitting an important fact. The argument could always be amended as needed. The J6 committee is staffed with professionals. I wouldn’t be surprised if the first two hearings results at least weren’t already in the can. They can update as needed. They’re not going to wait until after the last public hearing to get started.

So, if like me, you can’t get enough of these hearings, Patience, Grasshopper. After tomorrow we’ll have a couple of weeks to breathe. And if in the interim, they add more hearings, then so be it. Because they’ll only do that if they have something worthy of telling and showing us.