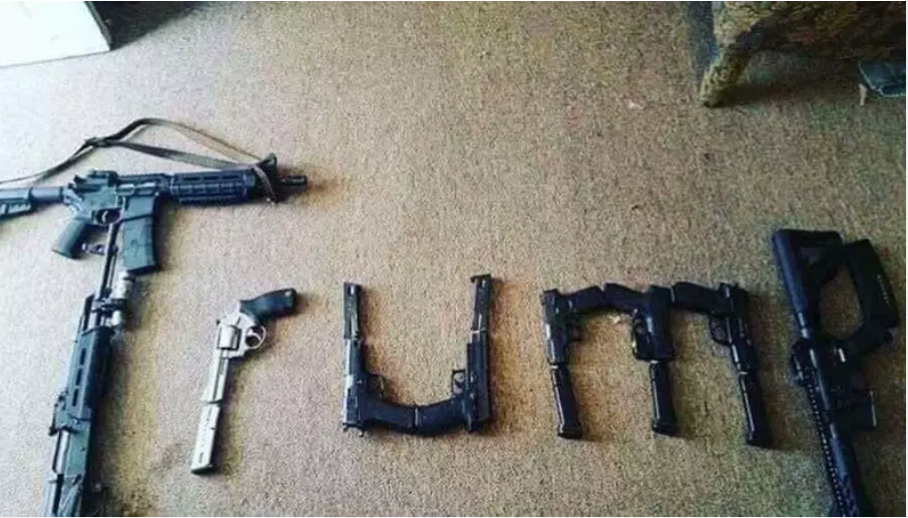 All through the Traitor Tot years, and up until today, with the tumult resulting from the capitol riot, we’ve become used to getting our breaking news in big, thundering bombshells on a near daily basis. But even in these turbulent times, it is good to remember that big dramatic news can still occasionally come in on cat’s paws, and not on a howitzer shell.

In the last 24 hours or so, the US Senate passed a cloture vote to send the first comprehensive gun control in almost 30 years to the floor for a full debate. Senate Minority Leader Mitch McConnell joined John Cornyn and 12 other GOP Senators to vote Yea. Senate Majority Leader Chuck Schumer is hoping for a shortened markup and debate, and a final vote on Thursday or Friday. It is unknown as to whether Speaker Pelosi will schedule a weekend session to get it to President Biden’s before congress takes a 2 week recess.

And while that’s the most welcome news gun control advocates have had in 20 years, it isn’t the earth shattering news that padded into the room in ballet slippers. That silent nuke was set off by GOP Senator John Cornyn.

Talking to reporters after the vote, without a switched off cell phone to his ear, a reporter asked Cornyn about possible political backlash from the all powerful NRA. And Cornyn’s reply sang to me like a Queen classic.

Yes, the NRA is a powerful lobby, and they have several million members who vote on that issue alone. But I can’t allow a single special interest group, or their followers from holding veto power over a piece of good public policy, nor will I.

What. The. Fuck. Two questions immediately scream out at me. The first is a general question, since when does any GOP incumbent or candidate for office dare to say that the NRA doesn’t fart rose scent, much less openly defy it? My second question is for senator Cornyn directly. You won’t allow a single special interest group to stand in the way of good public legislation? What the fuck do you think you’ve been doing on behalf of the NRA for your entire career? Sanctimonious hypocrite.

But here’s the critical thing to remember that may make this a watershed moment in history down the road. Cornyn openly and publicly defied and repudiated the NRA. In a state like Texas, that alone should be the Kiss of Death for a GOP politician. But he did it anyway.

You know why? Because. He. Could. Last weekend Cornyn spoke at a Texas state GOP convention, and was loudly and roundly booed. He could give a shit less. Because he knows those are 5100 far right GOP zealots, and not his entire constituency. And he has proof.

Since the Uvalde school shooting, both polling as well as public sentiment make it clear that at long last, a vast majority of Americans are demanding meaningful gun reform. All he has to do is to look at his own Governor. In the weeks following the Uvalde shooting, and Abbott’s incompetent response, his once vaunted 14 point lead over Beto O’Rourke has shrunk to 5 points. And the more Abbott’s incompetence and corruption come out over the incident, look for it to shrink some more, especially with Beto hammering him on guns.

Here’s how I see this playing out. Hopefully Pelosi calls a special weekend session to pass the bill on to Biden before they go on recess. Biden signs the bill. And then 12-14 extremely nervous GOP Senators go home for two weeks to fact the music from their constituents.

But guess what? There won’t be any pitchforks and torches! Sure they’ll get some hate mail and phone calls, and boos and gratuitous verbal abuse, but’s the minority of far right NRA rockhads and betwetters. But by far and away the majority of their constituents will pound them on the back and thank them for Having the guts to stand up to the NRA for their children. Because that’s what the majority wants.

And there’s almost nothing that the NRA can do about it. As I have written previously, at this point the NRA is basically a toothless tiger. They’re embroiled in a messy corruption lawsuit involving greed on their master council, New York state Attorney General wants to revoke their tax exempt status, and they don’t have the war chest they used to since all of their corporate sponsors are filing for bankruptcy. At the same time, over the last decade, serious gun control groups have sprung up like mushrooms, and are now national and powerful enough to directly confront the NRA.

The NRA has always only had two hammers to hold over the heads of GOP politicians. The first was money, and there’s nowhere near as much of that as there used to be to go around. The second was the threat of retaliation, and severe electoral consequences if they didn’t toe the NRA line. But for several years now, it has been nothing but that, a threat, because the majority of the country wants gun reform. And the GOP is about to find that out.

If the Democrats are as smart as I think and hope they are, here’s how I hope it plays out. Biden signs the bill into law, his polling numbers go up, and the Democrats run the shit out of it going into November, promising more if they’re reelected. If the Democrats are able to hold, or even expand the Senate, then Chris Murphy should go right back to Cornyn and propose more legislation, raising the long gun age to 21, and banning high capacity clips. Maybe even universal background checks. The current legislation will be as popular as hell, and if their constituents want more done, where’s the downside? What’s the NRA going to do, they’ll only be weaker by then.

All it takes is once. After all, nobody ever fears a bully again once he’s gotten bopped on the snoot by the kid with the pocket protector. And 14 GOP Senators just bopped the bully on the snoot. In the next round, it will be interesting to see how many House GOP incumbents decide to start fearing their constituents instead of the NRA. Don’t touch that dial.