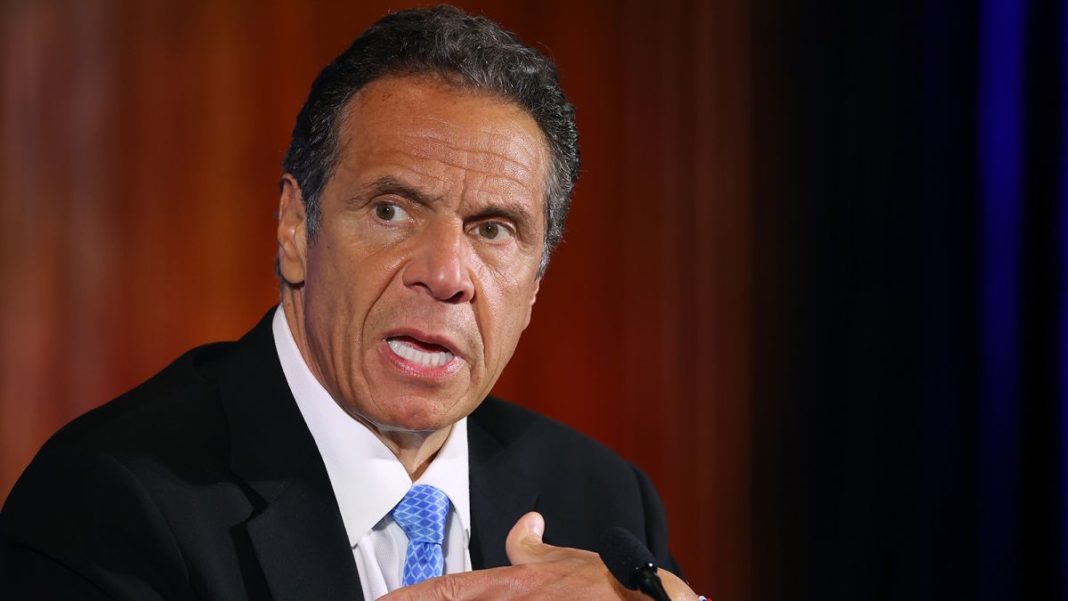 We get a lot of strange emails here at PolitiZoom. One that came in this morning was from a company that followers oddsmakers and wanted us to know that last November the odds were at 12% that Andrew Cuomo would leave office before his term is up and overnight those odds changed to 73%. Statistically speaking, that is one hell of a leap.

But it all makes sense if you look at what has happened. Cuomo, it goes without saying, is trying to Trump it out and weather the storm, but this storm is more intense than the pussygate tape. It’s also more intense than when Ralph Northam was found to have worn blackface to a party in a decades old photograph. And it’s in a league altogether different from what Bill Clinton did. However you want to spin Clinton’s irresponsibility, it was a consensual act.

But Cuomo is persisting, nevertheless. He released a statement accusing the investigation of being politically biased and of of his accusers as trying “to score political points or seek publicity or personal gain.” Nevertheless, things do not look good. Politico:

Nightly talked to Albany-based New York Playbook writer Anna Gronewold over Slack today about the fallout from the report and Cuomo’s political future. This conversation has been edited.

Remember when Cuomo said he would finish his third term as governor unless “God strikes me dead”? What are the chances of him finishing out the term now?

They’re looking slimmer and slimmer by the minute. New and old calls for his resignation have filled up my inbox. Biden could be a deciding factor.

How do you think the impeachment proceedings will shake out?

This has only happened once before in New York history. And state law makes it a bit of a free for all. But, how soon could they do it? How soon would Lt. Gov. Kathy Hochul take over? How soon would they kick him out of the mansion? As far as we know, he literally does not have another physical home. Could be days, weeks or months.

How likely is it that Cuomo resigns?

I think there is a possible scenario in which he sticks it out a little bit longer. He’s prepared for this for months. He’s laid the groundwork for his defense. But I think if it comes down to stepping down or being thrown out by a number of lawmakers who Cuomo has publicly held in disdain, he’d choose his own terms.

And after today it looks like a hard sell to get a unified party backing him for a fourth term.

Tish James said she won’t do anything more — her investigation is concluded. So any action to be taken against him would have to come from impeachment or a criminal indictment, which, if there were even grounds for it, would likely be further off. Local police and the Albany DA have the reports, but we don’t have anything definitive from them at the moment. James said the allegations verified in the report — though gross and in violation of state and federal law — are civil, not criminal.

You have interviewed Cuomo. Was his behavior common knowledge among reporters?

In 2019 I spent quite a bit of time around him. My sense was always that he wanted to prove he had the power in the room. Whether that meant publicly berating a male staffer or grabbing the back or shoulder of a younger woman. I do think it was well known — and even regularly reported on — that his administration was a toxic place for both male and female staffers and that interactions with him could be uncomfortable.

He had a national spotlight last year, and I think that invited closer scrutiny of the stories and also more clearly showed the discrepancy between a rather heroic public persona and the way he behaved in private. That was one of the factors that allowed individuals who might have otherwise brushed off the behavior to say, “Wait, this isn’t OK even though it’s been so normalized.” Part alpha, partly creepy uncle, but none of it OK for anyone, especially your boss, especially the governor of New York.

Bear in mind, that this is a long time coming and it is a pattern of behavior which has been painstakingly documented. That, too, takes it out of the Northam paradigm.

And check this out. This looks like the final nail in the coffin.

This is a rubicon moment – his allies have been waiting to see if unions would hold. https://t.co/E2neFbrbzy

I don’t see how Cuomo walks away from this one. He’s not going to finish his term. God doesn’t have to strike him dead literally, he just needs to lose every friend or ally he’s got and it looks like that has happened.

Either way you look at it, Cuomo is finished in politics. If he wants to make his exit an ugly mess, that’s one way to go out, or if he wants to resign ASAP and do it in a classy manner, he has that option.

I’m with the bookmakers. Actually, I see 73% as somewhat conservative, on these facts, but let’s wait a few days and see where those numbers go.