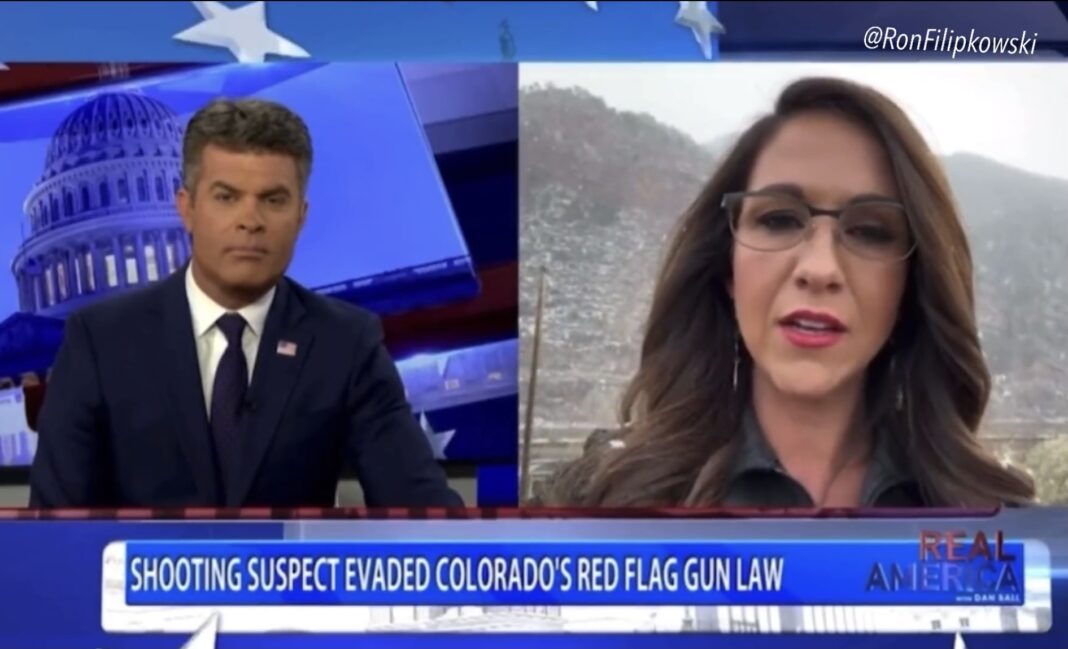 While it appears from the background of this video that Lauren Boebert is at least in her district, unlike fellow RWNJs Kari Lake and Marjorie Taylor Greene, who seem to being spending a lot of time in Florida burnishing their V.P. credentials, she is way off base when she accuses her detractors on the left of “blaming her” for the sickening frequency of mass shootings in the nation. No, BoBo we are not accusing you of strapping ARs onto their bodies like suicide vests and directing the killers to their target, but rather we blame you and your fellow wing-nuts, for creating, with your snide attacks on the LGBTQ community and your fetishistic attachment to guns, a cultural stew that feeds into the appetites of those otherwise predisposed to violent outbursts to act out THEIR violent fantasies.

And we blame you for continuing to make Paul Pelosi jokes that were never appropriate, and have not become so with the passage of time…

Boebert says she’s also a victim of the Club Q shooting: “I’ve been accused of just about every mass shooting there has been. I’ve been blamed for all of it. It has to come to an end. The Left is pissed I won my election, so they’re trying to find something to go after me about.” pic.twitter.com/DS5HvHYjgQ

Typically, she makes tragic death all about her, even though she hasn’t suffered one iota.

You got that right, Texas, gee who does that remind me of…🤔

Bobo boebert being re-elected is one of the biggest disappointments of 2022. The people of this country are all victims of Colorado voters who think she belongs in Congress.

Yep, it’s what’s in their wallets.

It’s all too much for them to bear. pic.twitter.com/HyiGqSnRhe

I can think of no greater insult on Thanksgiving to the friends, families and loved ones of those who lost someone or had someone injured in the Colorado Mass Shooting than this disgraceful rant by @RepBoebert. She needs to resign.

She has said & done a lot of despicable things but this has to be at the top of the list. You don’t get to play the victim when your constituents are suffering & YOU have the power to fix it. They’re the real victims in this tragedy. We have to stop electing unqualified leaders!

Poor thing. Why are people so mean to her? Why do they say she helps inspire these people to violence? That’s just so out there. 🤔 pic.twitter.com/pM7CQkPnyF

🤣🤣🤣 I am definitely stealing that one.

Did I miss the part where she said she’d stop using her position and platform to push the hateful and targeted rhetoric towards groups of people who have been the target of these shootings?…

We must have, Mike.

People are dead and injured. Families are devastated and will never be the same again, and Boebert makes this about herself. What an awful, self-involved, heartless, callous person.

You know, BoBo, you’d be correctly accused of much less bigotry, violence and hatred if you’d just shut your bigoted, violent and hate filled pie hole.

The simplest solutions are often the best.