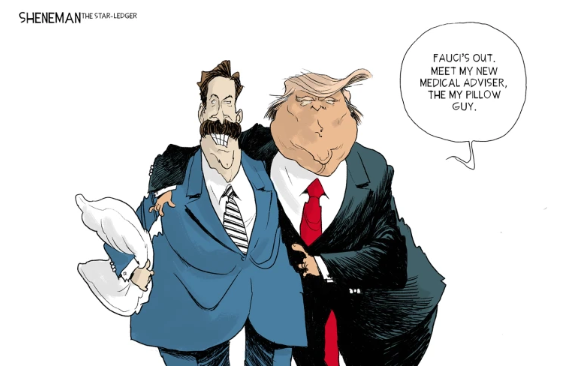 “Suddenly he hears this sound, this melody that keeps spinning round and round, now he resides and plays trombone in this mystic unknown zone,” — Manhattan Transfer, Twilight Zone

Mike Lindell has been called to a high purpose. His fans and supporters, we are told, have persuaded him that he should run for the chair of the Republican National Committee, evidently because they believe that he can do a better job than Ronna McDaniel.

I personally think it’s a wonderful idea. This is who the GOP of 2022 is. This is the level of stupidity and absurdity to which they have fallen. It started back in 2016 when then-visionary Lindsey Graham said, “If we nominate Trump we will get destroyed… and we will deserve it.” That’s how it started, May 3, 2016, and this is where it is now.

Mike Lindell announces that he has been drafted by his fans and supporters to run against Ronna McDaniel for RNC Chair, but he has to pray on it first. pic.twitter.com/JPNBCoX6uk

Man, I will change my registration right now to Republican to vote for this. This is a howler. Mike Lindell running the RNC. OMG. In my wildest dreams I couldn’t have come up with anything this funny.

Poor Mike Lindell, his pillows are not selling well at @OlliesOutlet (good stuff cheap). His coffee tastes like pi$$. So when you have nothing left to lose you go for the whole enchilada. https://t.co/FS9bKJIne0

Maybe Mike could co-chair the RNC with Steve Bannon? Ya spose? I’m all for that as well.

Hell, let’s REALLY go for the whole enchilada, here. Let’s think big. We’re thinking too small. How about Lindell is the Speaker of the House, leading the stunning seven-vote margin of Republicans on to glory? How about that? 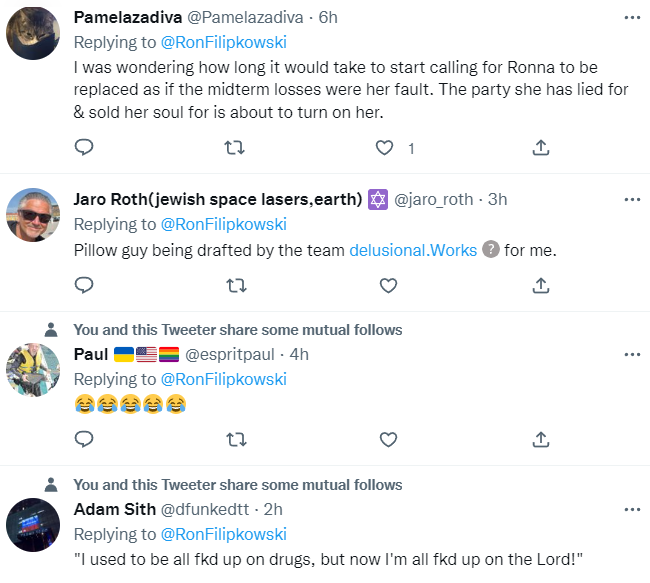 Replacing Ronna does make sense. There is a perverse logic to that. But replacing her with Lindell. That is too luscious. 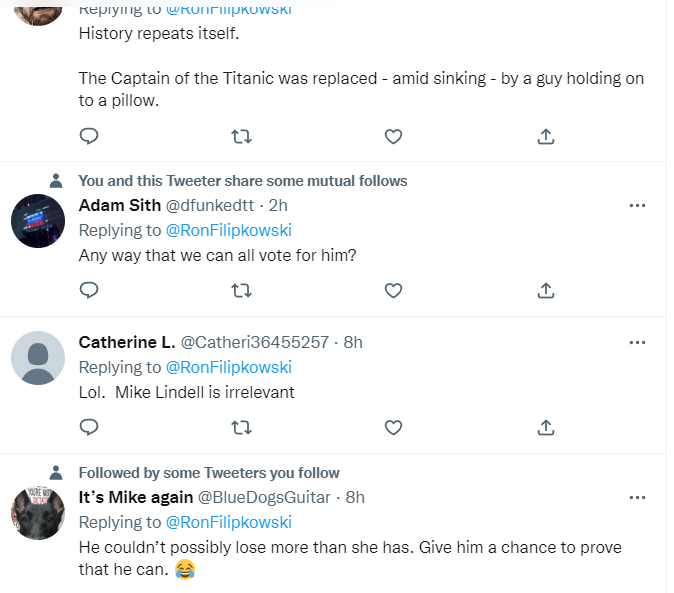 Absolutely. Let’s give Mike a chance to helm the RNC. This is the best idea he’s ever had. This is better than the broken clock being right twice a day. This is more like the broken radio suddenly starting to broadcast sermons from Hell itself. Abandon all hope, RNC, ye are gone for sure now.

I love it. I think I’ll send Mikey an email and encourage him. I encourage you to do the same. This is exactly what the RNC needs, is the deranged election denier himself, Patient Zero, as it were, running the show.