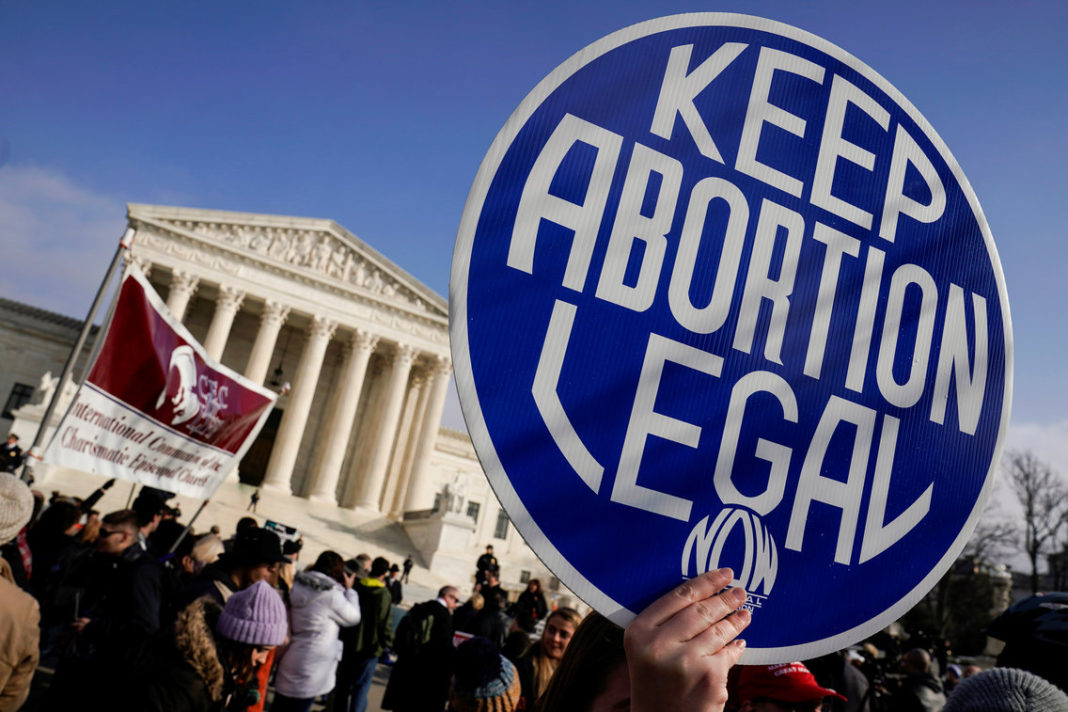 As Rachel Maddow would say, Stick a pin in this. On Tuesday Planned Parenthood, The American Civil Liberties Union, and a private law firm filed a lawsuit in the ruby red state of Missouri, challenging the states new 8 week abortion ban. And this lawsuit, if successful, could present a template for pro choice advocates to use in other restrictive states.

Before I get to the main point, just a quick clarification and reminder. With the soulless and craven Dobbs decision, the Supreme Court did not ban abortion, nor did it declare it unconstitutional. They simply took the chickenshit route of falling back on states rights in order to avoid having to make a hard call, one that went against the majorities emotional and political grain.

The Missouri suit is a fascinating hybrid. In this suit it claims that the Missouri law violates the 14th Amendment  to privacy and liberty. And they also claim that the law actually violates Roe v Wade, since it violates a woman’s right to choose a pre viability abortion. SCOTUS got sloppy. Alito got so carried away with the ideology that the court didn’t nullify the pre viability clause. Amd they may have just gotten hung out to dry on that line.

But while the case names two federal violations, the plaintiffs were smart enough to file the lawsuit in state court, because they don’t want to give the train wreck Roberts court a chance to fix their mistake. But the covered those bases too. After all, it isn’t the SCOTUS that’s violating the Roe pre viability clause, it’s the state. And like most states, Missouri’s constitution has both right to privacy and choice clause, as well as a religious freedom clause. And that’s where the plaintiffs slapped the state across the chops.

Now I’m no lawyer, but that seems to me to be one hella persuasive legal argument. Representatives, Senators, and even the Governor are expected to follow the state constitution in order to craft laws that treat all constituents fairly and equally. But when they let their personal religious and moral views intrude to craft laws that directly intrude on the constitutional rights of the citizens, then they have stepped over a line.

Here’s why I’m cautiously optimistic about this case, especially as a test case. And that’s because while the insaniac Roberts Supreme Court may have their heads jammed so far up their asses that they can see their lungs, most constituents of red states, as well as many red state courts, seem to be a little more in tune as to what the feeling of the country is.

After all, it was blood red Kansas that sounded the warning claxon when they voted overwhelmingly in the Kansas primaries to keep abortion enshrined in the state constitution. Wyoming and Kentucky voters voted to protect abortion rights in their state. The GOP dominated Supreme Court of ruby red South Carolina recently ruled that the right to abortion was enshrined in the state constitution. And here’s the cherry on top. It was a court in rabid red Mississippi that ruled that the Dobbs case was a steaming pile of shit before it got kicked up to the SCOTUS so that they could Go do that voodoo that you do so wellllllllllll!

The runaway train wreck of the Roberts court thought they were so smart in just punting on 40 years of settled constitutional precedent, by booting it back to the states. But they left the critical clause of Roe intact. And now pro choice groups can use that clause to hammer the state legislatures and courts over the head with. And as long as they keep those suits in state courts, then the Roberts SCOTUS a chance for a doover. Don’t touch that dial.