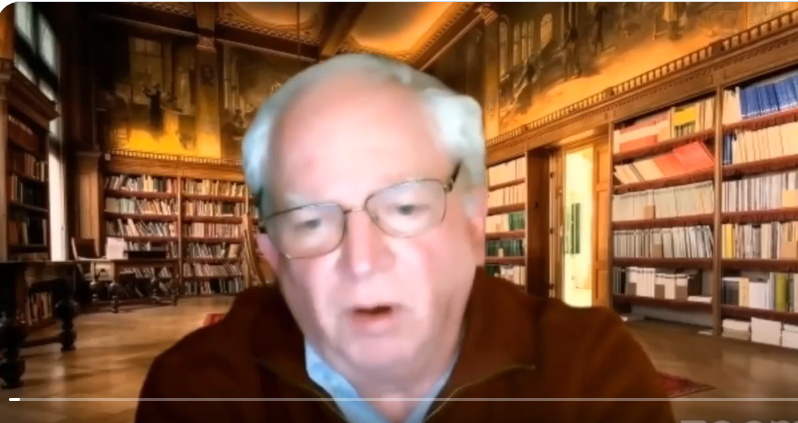 Is there an echo in this room? Or disembodied spirits? I keep hearing a man say, “I did nothing wrong,” which is Donald Trump’s mantra, but guess who has decided to pick it up and amplify it?

If you said John Eastman, right you are.

Eastman is a victim of Evil Players. He is a blameless legal scholar, it’s the bad guys you want to go after, not him.

John Eastman appeared on a right-wing prayer call last night, claiming that he's being "keelhauled" by "evil players" for his legal efforts to help Trump overturn the 2020 election: "What they're doing here is about as un-American as one can get." pic.twitter.com/cEd9QvSIfj

Eastman is not going to come to a good end. These guys never do. Joseph McCarthy went to an early grave at the age of 48. He was drinking himself to death, he was disgraced and he couldn’t even live in a normal house or apartment because there were so many people who wanted to kill him.

I don’t know if Eastman is going to arouse quite that level of enmity, but definitely what he did is on a par with McCarthy, in terms of subverting and undermining our basic values and freedoms. 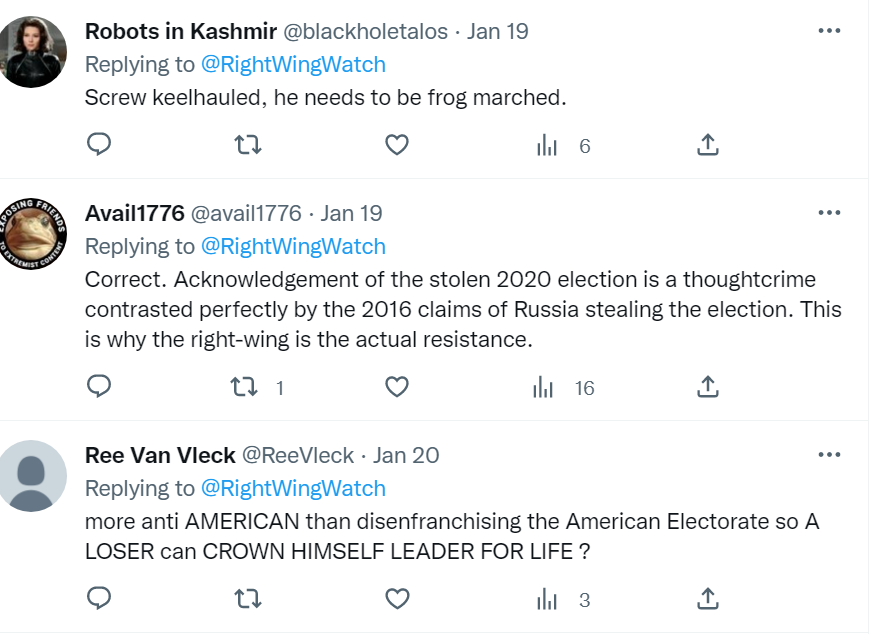 I hope Eastman gets the book thrown at him. The entire law library, in fact.