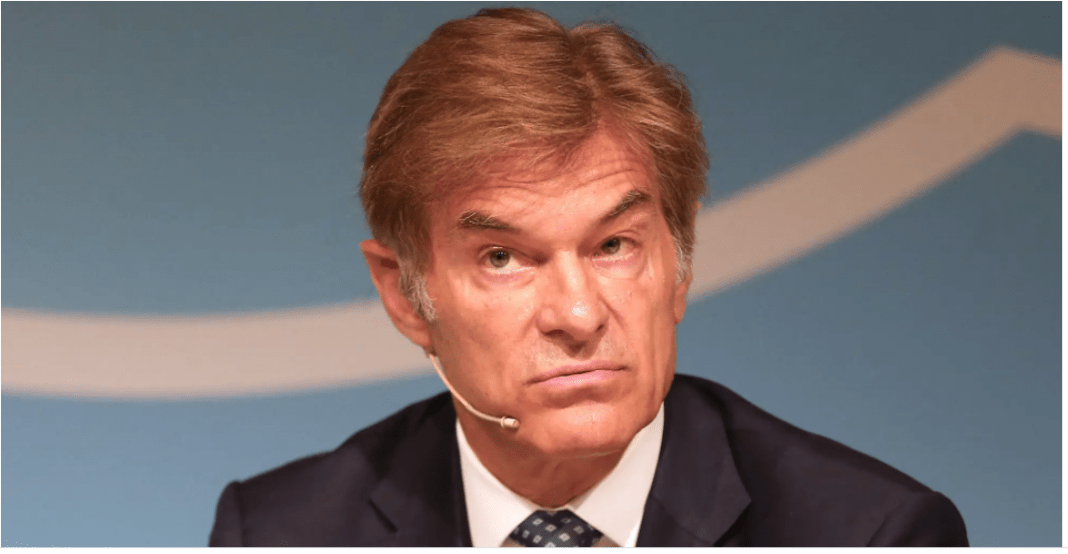 We move along towards the Pennsylvania primary, this coming Tuesday. It looks to be a howler. David McCormick had Ted Cruz come up on stage last night to support him. Umm…David? ‘Scuse us, but Josh Mandel did that, and it was the kiss of death.

Then we’ve got Kathy Barnette, the product of a mother raped when she was 11 by a father who was 21. That’s not what’s wrong with her, that’s just identifying information. What’s wrong with her is that she has made a lot of insane statements about Barack Obama loving everything Muslim and homosexual and that’s for openers. She is an opposition researcher’s wet dream come true.  Even Fox News is predicting that if Barnette gets the nomination, the seat will flip blue. Works for me.

Then of course there is Mehmet Oz. “Doctor” Mehmet Oz, he who claims to have performed hundreds of thousands of surgeries. Maybe he wore roller skates in the ER, we don’t know.

Here are excerpts from a 2013 Forbes article, which, once again bears vivid testimony to who and what manages to find their way onto the GOP ballot these days.

1. Dr. Oz thinks there might be something to this whole communicating-with-the-dead thing. He’s had self-proclaimed spiritual medium Cher Margolis on his show a couple times to perform psychic readings for his audience members and dispense advice. Oz tries to tie in what she does with mainstream medicine, talking about the medical benefits of making peace with one’s deceased loved ones (it lowers stress levels, natch) and showing brain scans that supposedly prove that a psychic enters “a different type of consciousness” during a reading. “Char, why do you think the medical community has been so resistant all these years about the kinds of things you’re talking about?” he asked her.

2. Dr. Oz wants you to spend more quality time getting to know your bowel movements. It’s safe to say that no widely syndicated daytime television host has ever devoted as much time to the appearance of fecal matter as he has. Oz thinks anyone who doesn’t examine their own stool is missing important cues about their diet and overall health. Want to know what your excrement should look like? Watch his “Poop Primer.” But try not to worry too much if your own waste doesn’t measure up. Stress is a killer.

3. Dr. Oz says having 200 orgasms a year will make you live six years longer. This one falls into the sounds-sillier-than-it is category. The idea that there’s a tie between sexual activity and general health isn’t really controversial, but the nature of the relationship isn’t as cut-and-dried as he makes it sound in his 200-a-year prescription. And, anyway, who wants to live another six years if you just have to spend them gazing into a toilet?

I must say, that’s the way I feel about it. I’m set in my ways and cultivating a meaningful relationship with my shit is not on the agenda. Besides, writing about politics all day is immersion in shit up to my neck already.

4. Dr. Oz puts the “home” in homeopathy. Of all the forms of alternative medicine out there, few have been as widely debunked as homeopathy, which involves diluting substances to almost unmeasurable concentrations and then using them as therapies. In a show on alternative pain treatments, here’s how his guest, Dr. Russ Greenfield, explained homeopathic remedies: “The essence of the medication — oh, let’s say the spirit of the medication — is imbibed and it sends a message to the body to heal itself.” Attempting to inject a note of skepticism, Oz said super-dilutions are “probably either safer or ineffective” when compared with other medicines. Then he revealed that his wife uses homeopathic treatments on his own children. You can’t ask for a stronger endorsement than that.

5. Dr. Oz thinks transplant surgery goes better with The Force. “But surely,” you’re saying, “Dr. Oz is just hyping most of this stuff because it makes for good television. When he changes into his scrubs to perform heart surgery at New York-Presbyterian Hospital, he checks all this hoodoo at the OR door, right?” From The New Yorker: “Reiki, the Japanese art of laying on hands, is based on the notion that an unseen, life-giving source of energy flows through our bodies. Oz hired a Reiki master named Julie Motz to stand in the operating room, where, she has said, she would attempt to harness ‘the body’s own energy to help patients survive risky operations, such as heart transplants.'”

Are you familiar with the key principles of Reiki? Take a look at number six.

Isn’t that a hoot? There’s some real food for thought.

I went to college in Boulder, Colorado in the 70’s and that place is known for “woo woo” medicine. Reiki was there, Rolfing was there. That’s a painful form of massage that is suppose to let the inner demons out, kind of a massage therapy Scientology. And all the eastern gurus had missions in Boulder, the Buddhists chanted, the hari krishnas dressed in orange, and for sixty bucks Maharisha would give you a mantra.

I knew people who were involved with all of these disciplines but I never knew that a goal of any of it was, “Just for today, I will earn my living honestly.” That sounds to me like something out a 12-step program, Crooks Anonymous. I sure wish some reporter would ask Oz about this.

Man, I can’t until Tuesday night.