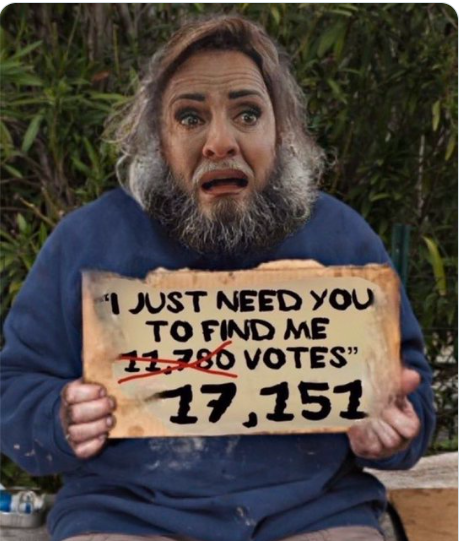 I have to say, it is heartwarming to see a Republican do the right thing. It harkens back to a time in our history, not all that long ago, when the culture war hadn’t yet turned us into two warring tribes in Bizarro World.

Doug Ducey took the high road. Good for him.

He not only congratulated the winner of the gubernatorial race in Arizona, he stuck a pin in the hot air balloon that is Kari Lake and Steve Bannon’s plan to further polarize politics in the state and delay certification of the election. My hat is off.

This is how it’s done. It really is that simple.

I can only assume that Ducey realizes how utterly toxic Lake and Bannon are and he sides with the other elected officials of the state. I also assume that he is concerned, as is the rest of the country, about why Arizona is ground zero for this level of idiocy.

All that said, it will be snowing in Phoenix before Ducey tops this moment. Remember this?

And don’t forget, Ducey has personal reasons to be disgusted with Trump and all this nonsense. Trump insisted on shoving Blake Masters down everybody’s throat as the senate candidate. In a saner political climate, Ducey would have run for that senate seat and he would have been a much much better candidate. There’s no comparison.

That said, I have zero sympathy for the GOP. This is the ticket they bought when they embraced Trump, first class on the Extremism Express.