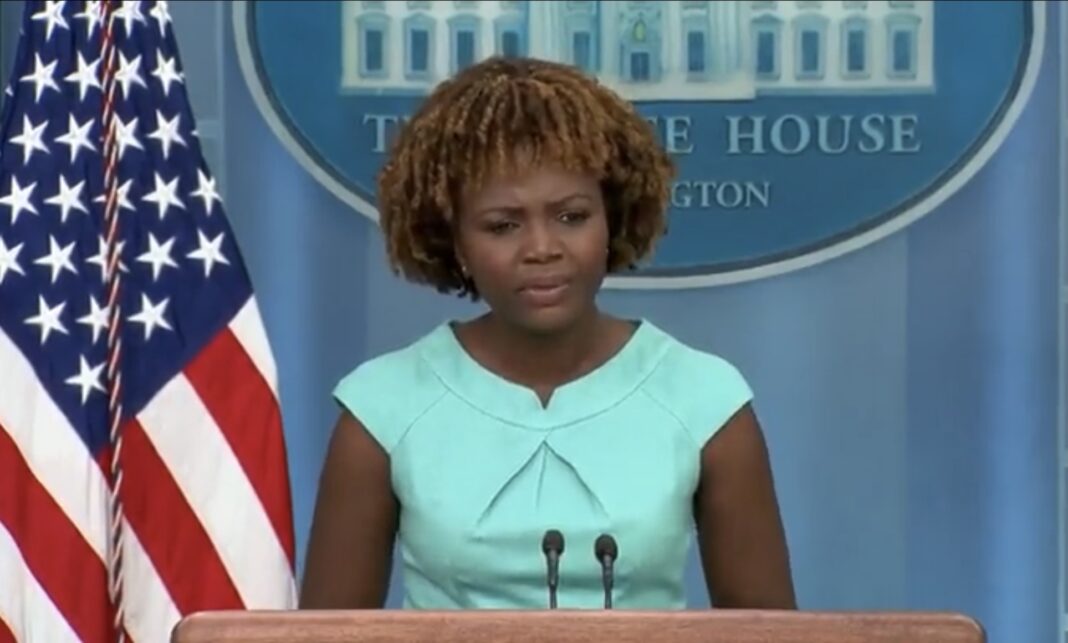 The Biden White House certainly has a penchant for installing as Press Secretary remarkable women who possess an hilarious ability to deflate the inanity of right-leaning reporters asking stupid questions for their equally imbecilic fake news outlets with oh so subtle pin pricks.

Karine Jean-Pierre may differ slightly in style Jen Psaki, who for my money remains the champion of the “I’m gonna put you down, but you’ll be too idiotic to recognize it” style of responding to stupidity, but Karine is fast gaining ground, and with a few more choice moments like the below she just might take the lead over her predecessor.

Asked about Cancun Cruz’s invitation, to her personally, to visit him at the U.S. Mexico border, Karine adopts a puzzled look and says… “who?”

I'm not so sure I'd go any where with Ted Cruz. He seems to like those dark remote locations. Doesn't seem safe. pic.twitter.com/ORWXO7F5QD

Good point, I wouldn’t meet with “who” any place other than a well populated food court.

Karine also invited Zodiac to vote for Democrats efforts to fully fund DHS, which might actually help alleviate problems at the border more than another hot blast of wind from the crooked mouth of his doppelgänger Ted Cruz…

Very nicely handled. The Republicans want to complain about the border, but they don’t want to fund increased security.

It's a bullshit question. Trump's 1st visit to the "border" was in Mar 2018, over a year into his admin & it was a 2 hr visit *near* the border for a photo-shoot. His visit to the actual border was in 2020 & a photo-op w a portion of "new wall" which he'd claim to have completed

That’s all they have, Emme, all matters of substance put them at a disadvantage.

This is what they want…they want us to roll over and be respectable while they treat us like trash. I’m not saying we should be rude – but I am saying we don’t pay them any respect that was not earned.

Karine is working on that, Rose.

Press Secretary Jean-Pierre’s response was perfect at every step, from “Who” to description of border horror under tfg, to her own invite of republicans lawmakers to vote for legislation to improve border. I loved her calm, even-keeled tone while setting things straight.

"Whooo?"
And her ability to not roll her eyes or laugh out loud at some of these questions is impressive.

Yep. She low key dropped that “who?” in there perfectly.

She's starting to get her Psaki on 👍

OOPS, that question definitely backfired and opened a "can of worms". I hope he likes them fried.😉😆

Her expression when the reporter is asking the question is very … expressive. The words are excellent, but I think her face tells the story quite well before she even speaks.

Yes! She is masterful with those – “My, but aren’t you a special kinda idiot” looks…

I realize that this is not the most pressing of current events, but sometimes you just have to kick back and enjoy the Schadenfreude…