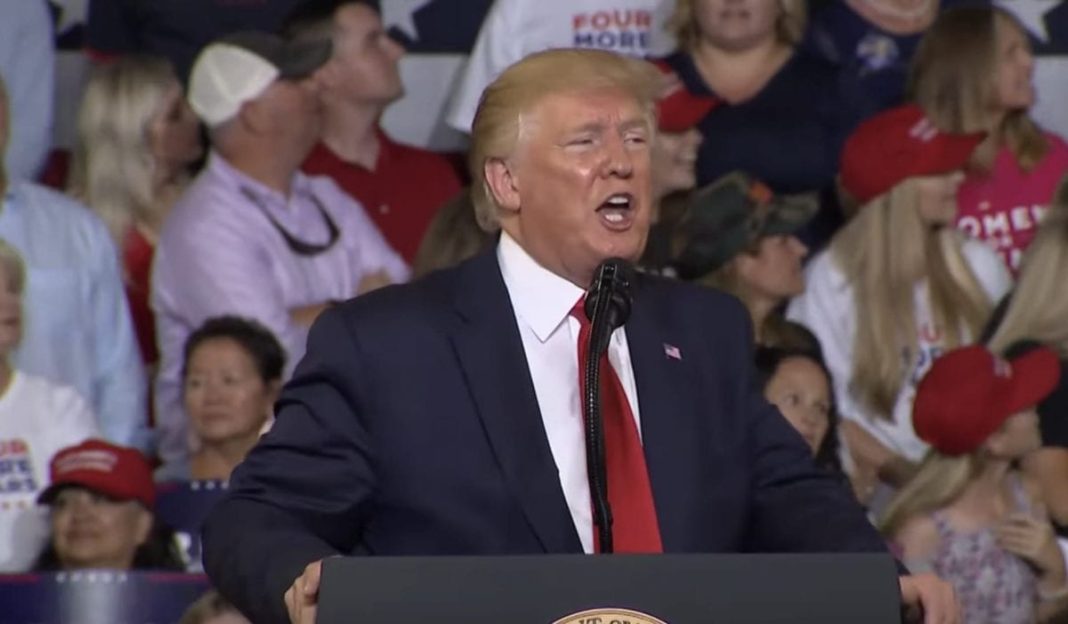 Futility is doing the same thing over and over, and still expecting a different result

Traitor Tot is licking his nuts again. He is running around all day, every day, waving that cheap plastic Scepter that he got in a BK Kids meal, and anointing his chosen ones for the 2022 midterms. I hear that Melania has to pour a soother down his throat to quiet him down in time for Hannity.

NBC News did an in depth look at his 90+ endorsements so far for this cycle. More than 70 of them are vapid proponents of The Big Lie. And among gubernatorial and Secretary of State candidates, almost all are stop the steal acolytes. In fact, tomorrow night, his two star performers in this dog and pony show are his chosen one for Governor, and his acolyte for Secretary of State, both of whom are campaigning on refusing to certify state election results if Trump loses. The pattern is already clear. 2022 will be a bitch fest about 2020, and GOP candidates will vow to never let history repeat itself.

But this tends to present a problem. Why? Because, Most. People. Don’t Fucking. Like. Donald. Trump! And they have shown it over and over again. In 2016, Trump lost the popular vote by more than 3 million votes, but uncle Vlad gave him an early Christmas present. In 2018, Trump did everything possible to insert himself into the campaign, including inventing ghost illegal immigrant caravans steaming towards the US border to take over and vote for Democrats. The Democrats picked up 40 seats in the House, and the GOP lost the national popular vote by 6 million votes!

In 2020, the GOP almost completely erased the Democrats House gains of 2018, and yet Trump lost the national popular vote by more than 7 million votes. Mostly white suburban women voters who spanked Trump by proxy in 2018 by voting for Democrats, came home in 2020 to vote GOP down ballot, but either voted for Biden, or skipped voting the top of the ticket entirely.

See, here’s the McGuffin. These mostly white, mostly female suburban voters already know full well that there was no widespread voter fraud in 2020. Those election results came out exactly how they intended them to when they voted. Abd they’re all snickering at Trump’s infantile petulance.

But Trump can never admit defeat, so The Big Lie it is. And since the national and state GOP are nothing more than watering cans to carry the Trump message, The Bid Lie it will be. One of the often overlooked facts of 2018 is that the Democrats made modest gains in some state houses, and state legislatures when mostly white suburban GOP voters turned against Trombie candidates at the state level.

Look, Trump has already endorsed more than 90 GOP candidates, both federal as well as state, and he’s just getting started. He absolutely loves having everybody line up to kiss his fat ass. There will be many more, which means that in most states, not only the House and Senate, but the state offices will have Trombie loyalists running in them.

But the problem is that most normal people who graduated 8th grade cannot tolerate Trump! They hate everything he is, everything he represents, and everything he stands for. And now, in 2022, a year in which Trump is not only not on the ballot, but not even President anymore, he is going to be running an entire national, statewide Trombie slate in November.

Now, I am not making any predictions. But I do want to draw on recent history. In 2017 Trump ran as much of a Trombie GOP House slate as he could, and did everything to insert himself into the election, and the GOP got spanked for 40 House seats. But what happens in November, when all of those mostly white, suburban GOP woman voters, and independents, go into the polls, and see not only Trombie nation on the federal level, but also at the state level as well? Do they move not only to purge Trump from the federal level, but also either sit out or vote Democratic to purge Trump from their state parties as well? Don’t touch that dial.