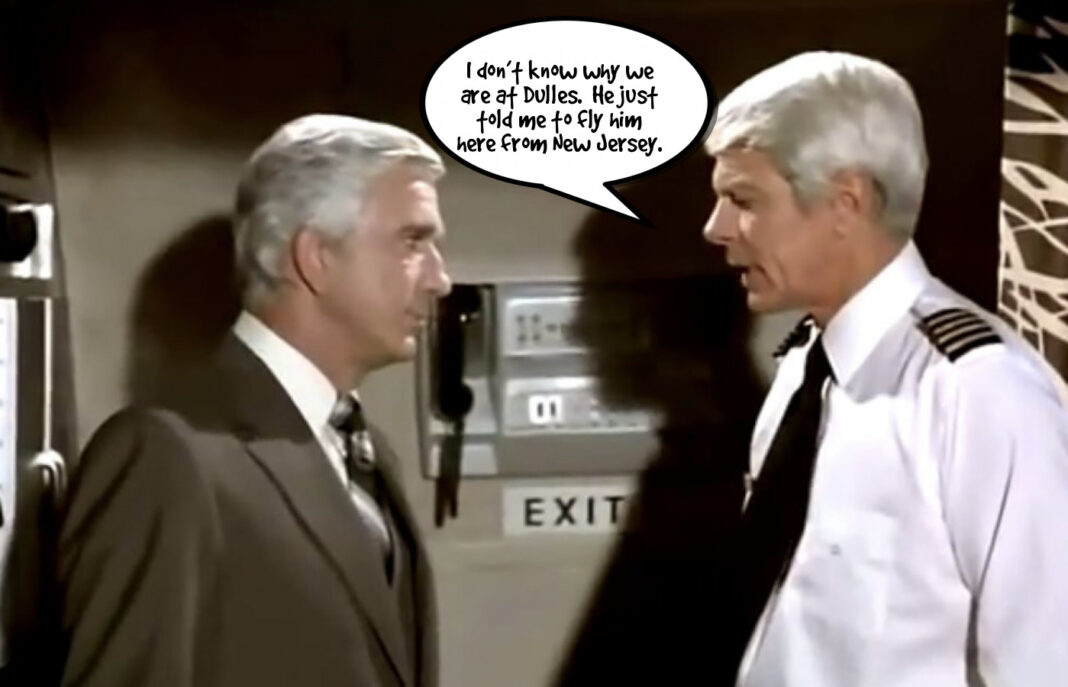 O.K. It’s like 6:40 in the AM here in the Central Time Zone and we still don’t have any answers as to why the Orangeutan showed up in D.C. in his golf shoes last evening.

Nothing new to report, but there have been some killer Tweets sent out into the cosmos as we slept.

I don’t know why we are at Dulles. He just told me to fly him here from New Jersey. pic.twitter.com/JFXRcw0SMP

Shirley, you've got to be joking

Also…every journalist in DC will be on this story.

I see nothing from them.

Not often it goes this dark.

“We have clearance, Clarence.”
“Roger, Roger. What's our vector, Victor?”

“I picked a helluva day to quit “Dulles.”

Geez, I’m up too. The orange one is in custody. No secret service around in the pic, just a pilot, a lady, and another dude. With an orange one, hands behind his back, disheveled. In my opinion, they whacked his pee pee on his golf course, and other stuff is happening too. Yay🆘

He’s going to pour one out at the spot where Lev Parnas and Igor Fruman were arrested. pic.twitter.com/yRmXFOBeiF

In honor of Ukraine.

Perry Mason on the case:

The script that keeps on giving:

Fly him on an airplane? What is it? “It’s a big metal box with wings, but that isn’t important right now”

Have a great day, everyone, I now leave the news in the capable paws of Ursulafaw until I get home from work…