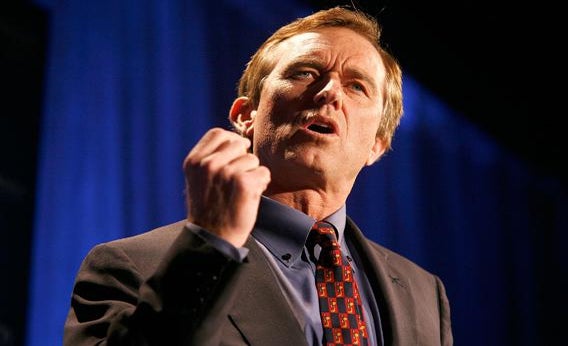 Robert F. Kennedy, Jr. bears enough resemblance to his father that it’s almost surreal listening to somebody who looks like Bobby, who is offspring to Bobby, whose voice even sounds a little like Bobby, and yet who rants and raves like a QAnon maniac. I, for one, am glad that Bobby isn’t here to see this.

QAnons have been waiting for the wrong Kennedy. RFK Jr, on covid restrictions, says Bill Gates is building 60K satellites to watch everyone on earth 24 hours a day. “This is Armageddon. The apocalyptical forces of totalitarianism. This is the final battle. We must win this one.” pic.twitter.com/R1D9k5JmBB

Spy satellites? Hey, you know what? I’ve got a better idea. How about we carry a little flat box everywhere with us and it knows where we are and records it, and once a month Google sends a report on where you went that month — complete with pictures? We need spy satellites when we’ve got cell phones?

And Bill Gates would be fascinated by my wanderings. Gee, she went from the market, to the cheese shop, to the doctor’s office and then to the pizzeria. Wow, you suppose next month she’ll see a specialist about her toenails? Or maybe get a manicure? They’ll probably dedicate a transponder on one of those satellites to me alone, I’ll be the object of such abject fascination. 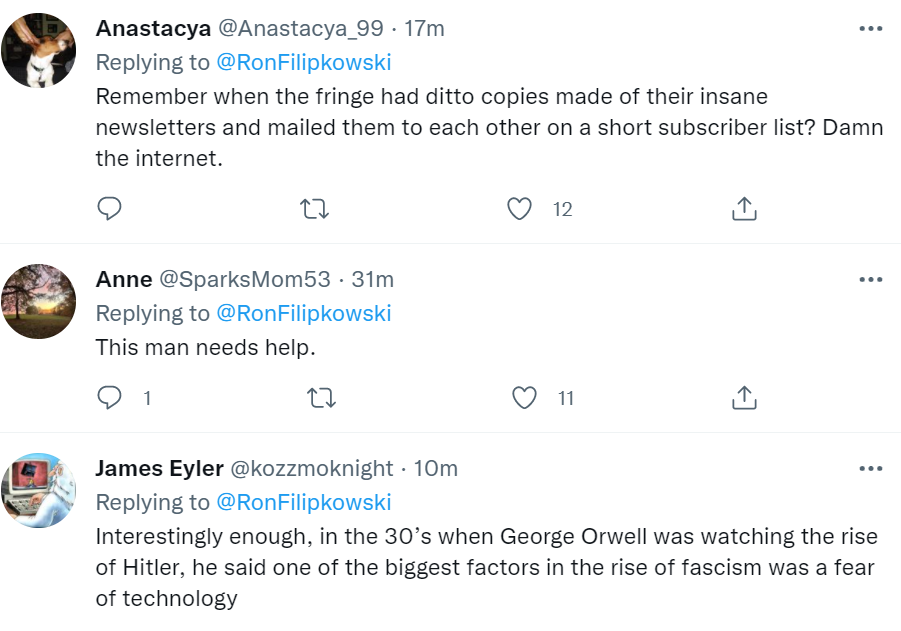 And if they’ve already got the house bugged, all they hear is the clacking of computer keys and the white noise of either the fan or the gas fireplace. It’s nice and quiet and dull here, just the way I like it.

Maybe we could do a spin off on the Truman Show and Truman Burbank could have a batty but benign Auntie Ursula, a hermit who blogs. I’m fine with that. And if Bill Gates thinks he needs to know about how much sage I put in the stuffing, whatever, I’m fine with that, too.

And I can understand the Kennedys’ embarrassment with this guy. I had insanity in my family as well.