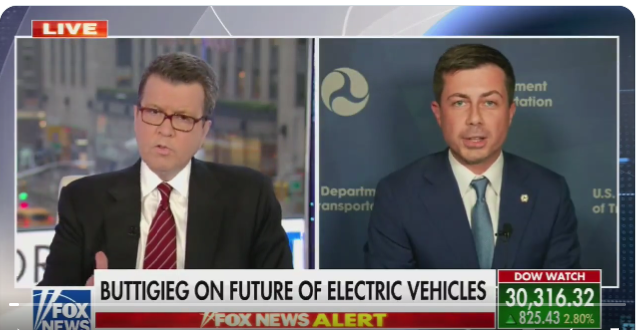 Pete Buttigieg is a force to be reckoned with. He thinks on his feet as well as anybody in politics and he is hyper prepared at all times.

Marjorie Taylor Greene, on the other hand, is a troll. The only comments to emerge from her mouth are going to be barbed and meant to evoke a visceral reaction rather than advocate a position. Greene is there to do political theater, period.

Watch Buttigieg take her to the woodshed.

If you’re going to come for Pete Buttigieg, you better not miss.
As Marge Greene found out at about the 52-second mark. 🔥pic.twitter.com/9wb6EdMUIq 02

The subtext here is wink wink nudge nudge, the gay guy is going to emasculate our driving, because he supports wimpy electric cars and not big muscle gas hogs, snort snort, like a manly man would.

This Fox News host keeps asking him if he’s offended, because the other subtext is that Buttigieg, being a gay man, is less of a man. That’s what all that boils down to. Gay men are weak little fairies, right? And some of them are. But some are like Mayor Pete and are soldiers who have put their lives on the line for this country. 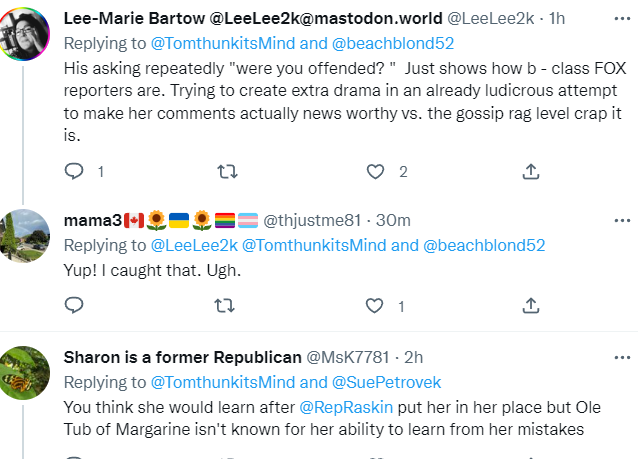 We are in for a spectacle the next two years with the cast of characters in the House of Representatives and somebody in the GOP holding the gavel. Marge Greene, unless I miss my guess, is just warming up. Wait for her to let loose.

And when she does, there will be some cool hand Democrat to throw shade on her. That’s the good news.