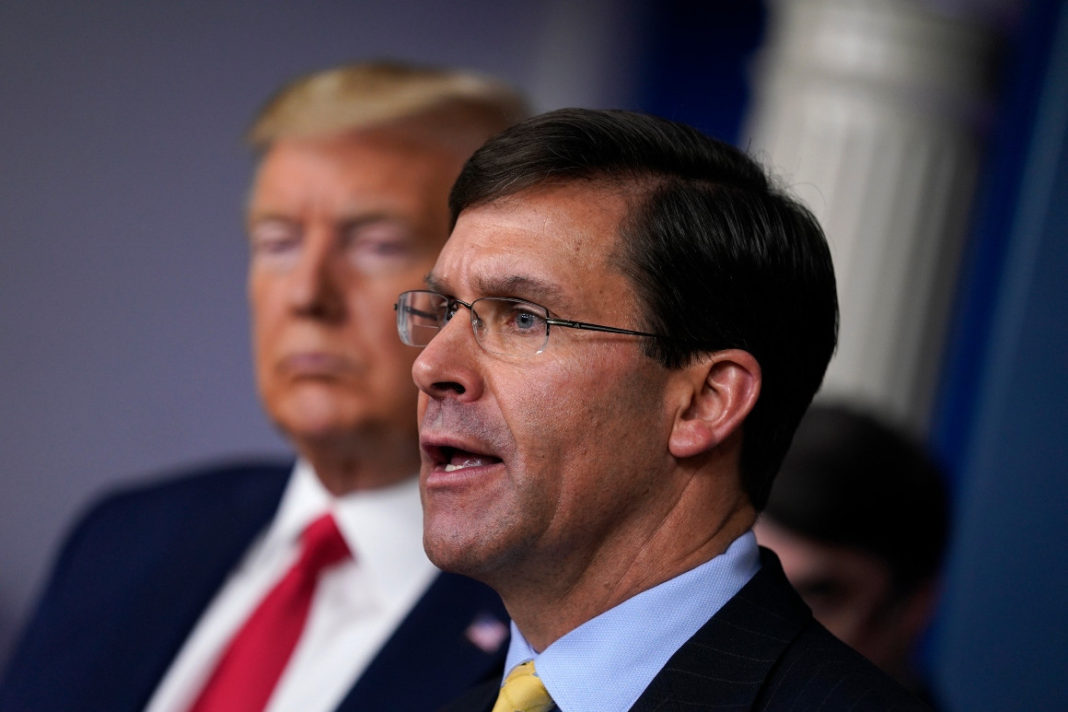 I wish there was such a thing as I’ve seen in movies, where a psychic can sit in a room and tell you everything that went on in it before. Yes, we’ve read the tell-all books, but you know that those report the visible part of the crazy, the tip of the iceberg. In the Trump White House, the crazy went very very deep, straight down to Hell, where it was rooted.

Mark Esper is out shilling his new book as authors are won’t to do. He’s come under considerable heat for not exposing Trump sooner, along with all the other book authors from that administration.

He underscores here pretty much what we already knew.

I’m not surprised the top name is Stephen Miller. If we could get tapes of anybody’s conversations with Trump, those are the conversations I would want to hear, the Miller-Trump tapes. Miller was on the phone a lot with Trump on January 6. My personal belief is that Miller was instrumental in orchestrating whatever scam involved Mike Pence and that Pence was scared to get into the limo for a reason. I don’t think it’s beyond Stephen Miller to have had Pence kidnapped or worse.

Interesting that Mark Meadows is up there. Also as stated before, Mark Meadows is not going to go to prison for Donald Trump. Once the January 6 Committee talks to Meadows, a lot will be revealed, is my sense of things.

Jonny McEntee literally was the coffee boy — more specifically, the sandwich boy. He met Trump when delivering a sandwich to Trump Tower and the rest, as they say, is history.

As bad as it was, things could have been much worse when Trump was in office. Much, much worse.