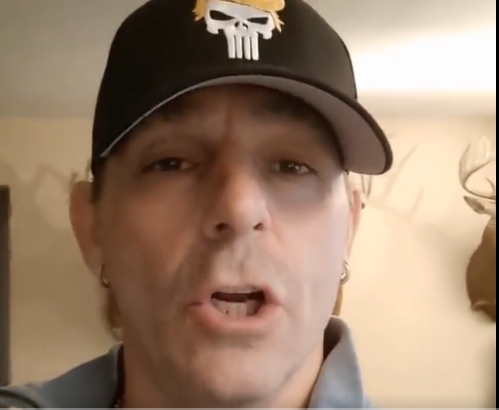 Don’t be surprised if the obvious mental patient you’re about to see ends up running for office on the GOP ticket. If ever the argument needed to be made for this country spending military-level money on mental health, this is it, right here.

There’s a soupcon of QAnon in this, naturally, insofar as this fellow believes that Vladimir Putin is his father. The QAnons love to believe in blood lines. It’s part of the old Holy Blood, Holy Grail conspiracy theory.

Also, there’s reference here to the End Times, what else. These people are real.

Trump supporter believes Vladimir Putin is his father, begs him to nuke the United States, and looks forward to “meeting [Putin] and Trump after the dust settles.” pic.twitter.com/UtkD5NIreR

Maybe he’ll meet them in Hell after the dust settles. I think that’s where Trump and Putin are going and it probably will be more hospitable than earth. 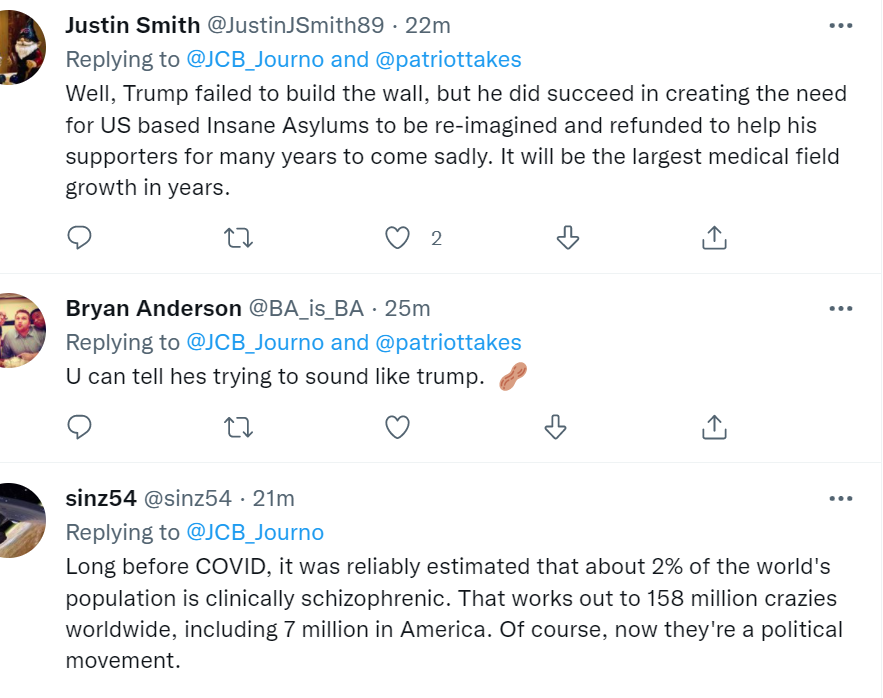 If you think this guy is extreme and alone, I beg you to consider a few facts: 1) Josh Hawley, Ted Cruz and the other senators who made Ketanji Brown Jackson’s confirmation hearings a living hell went out of their way to frame their questions to her in QAnon terms; 2) Boebert, Greene, the rest of the fringe crazies have no intention of abandoning their QAnon talking points; ergo, the guy talking the Biblical crazy talk here is the kind of voter that the GOP is openly catering to.

If we live in insane times, it’s in part due to the fact that we have elected officials who go out of their way to validate the lunatic fringe. Stupid, gullible people have always been among us. This is the first time a political party has openly catered to them as a voting bloc.