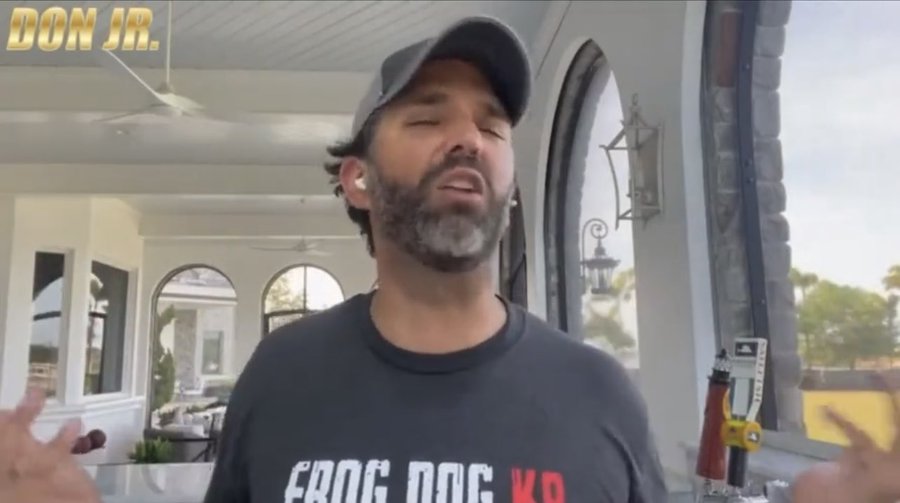 The wonderful thing about this business is that you go to bed knowing that the following day will most likely bring something unbelievable to light, but you never know what it is. In this case, I could not have imagined in a million years that Donald Trump, Jr. would suggest that Ketanji Brown Jackson was a candidate for mental health counseling — I assume that’s the kind of “help” he’s referring to?

This is what you get when you ingest QAnon along with cocaine.

Here’s a nasal-sounding Junior giving a psychiatric diagnosis. Where oh where is his cousin Mary?

Junior says that Judge Jackson probably needs mental health counseling, and implores his followers to call their Senators to stop her confirmation. pic.twitter.com/qIXeYsNUgI

That is the professional diagnosis of Dr. Trump of the renowned Idiocracy Clinic. You’re welcome.

Now that you’ve had your dose of the professional Junior, all you Junior fans, here is a glimpse of the private man. Again, you can’t make this stuff up.

Junior’s so out of his mind it almost looks like he forgot the words to ‘Happy Birthday.’ pic.twitter.com/0GwRHe3WYn

Is it me, or does that cake look like the Leaning Tower of Pisa? 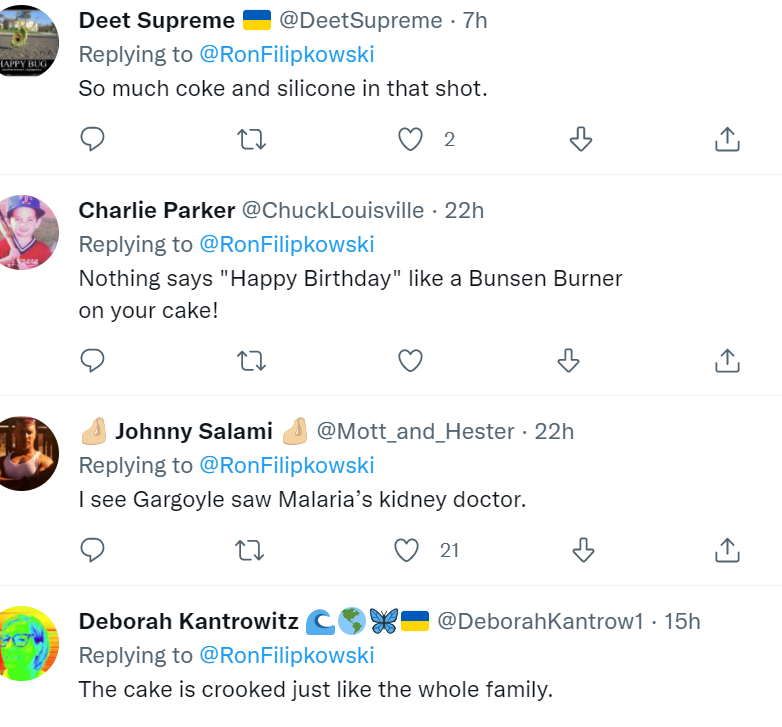 A crooked, asymmetrical cake with a rose on one side and a blow torch on the other. Even their caterers are out of their goddamn minds.

Hey, Junior, remember what happened to Richard Pryor? You might want to stand clear of the pyrotechnics on Mamacita’s cake (that’s her nickname, seriously. And his is Junior Mints, isn’t that precious?) Anyhow, Junior, I was saying, the cocaine up your nose could turn into freebase when the torch hits it and then you’d be in a world of hurt. And Daddy still won’t love you. He decided early on that you were a loser and that’s that.

I’ve never seen a birthday party in Hell, but this will do until the real thing comes along.