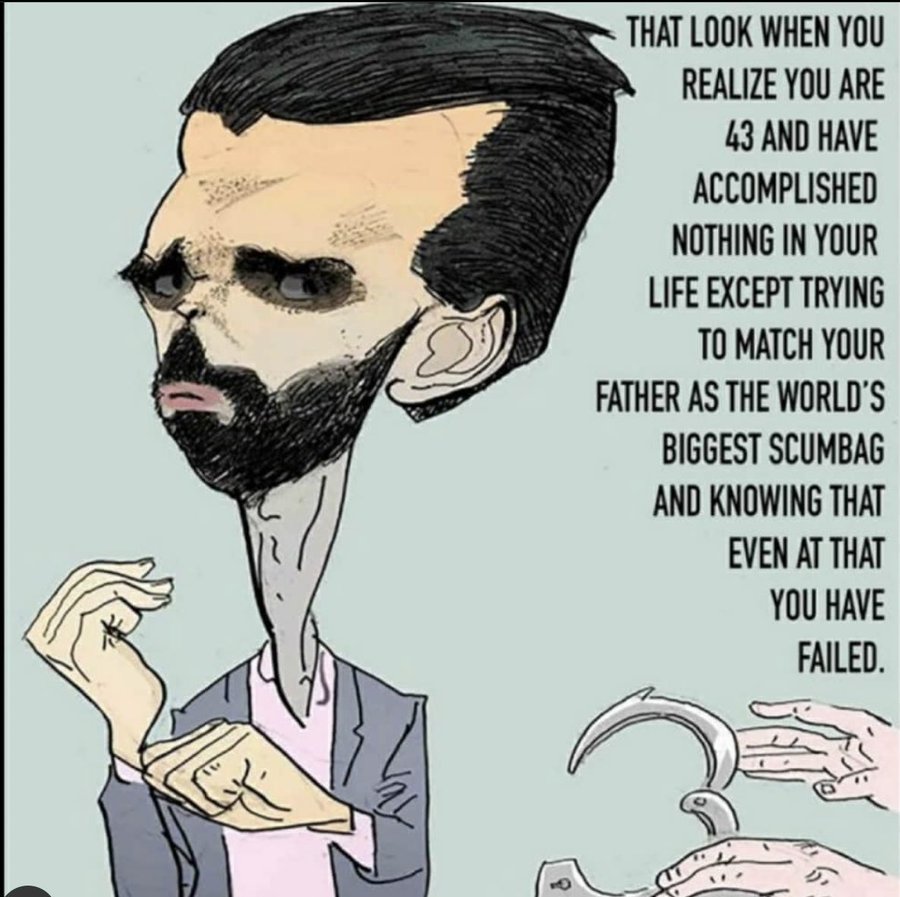 There is no intro I could possibly write about Donald Trump, Jr. that could exceed the insight, clarity and precision of Atlantic writer Peter Wehner.

Donald Trump Jr. is both intensely unappealing and uninteresting. He combines in his person corruption, ineptitude, and banality. He is perpetually aggrieved; obsessed with trolling the left; a crude, one-dimensional figure who has done a remarkably good job of keeping from public view any redeeming qualities he might have.

He’s also legit ramped out of his goddamn mind, to quote Rick Wilson, a good portion of the time. In fact, he may be loaded more hours than he is straight, which is something to contemplate. I’ve known people who substitute drugging for living and he looks to be in that category.

So here he is, Junior, doing his “job” which is reading into a camera. And you can pay him $500 to do this, if you want to. Just send the money and the script to Cameo and Junior will perform. So will girlfriend Kimberly Guilfoyle or even Rudy Giuliani. All three of them have gone the way of has been movie actors, without the movie careers. They just went straight to hackery.

Junior says that the prank call to Biden “gave guys like me the greatest Christmas present ever,” and called the guy that made the call “a hero.” pic.twitter.com/Fo87Ez9EIO

His cousin Mary, as you have probably read, says that Junior never became his own person. He was too interested in staying close to the money and the power, so he did that until Daddy became president and then he created a job as a troll. His wife left him, he shacked up with Kimberly, and the two of them do immense amounts of blow, if their performances at the Republican National Convention in 2020, and CPAC 2021, are any indication. 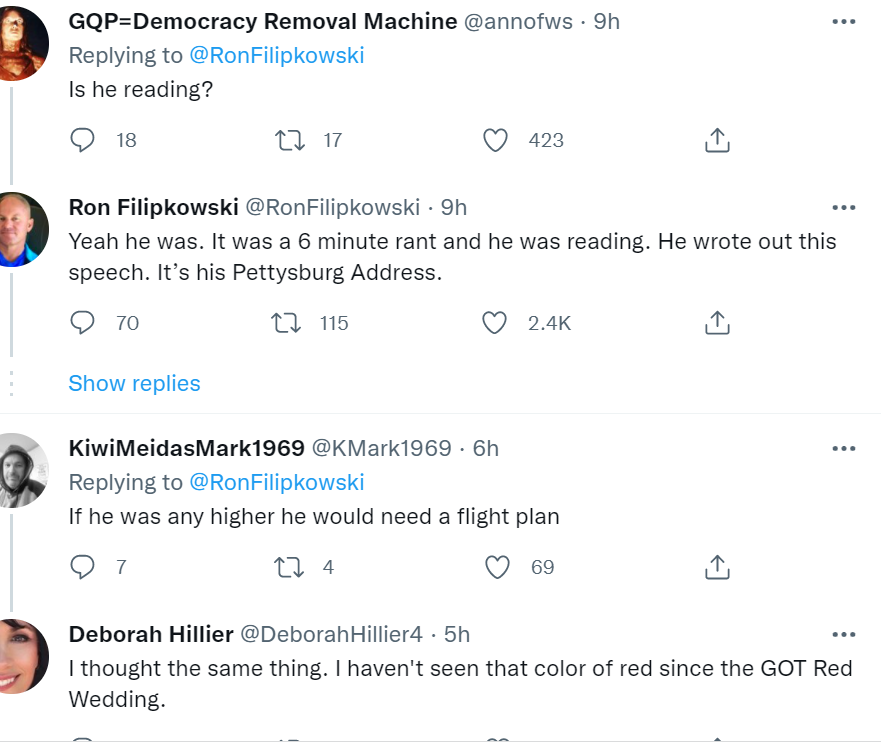 My only question is this: does Junior know or even suspect in his heart of hearts that he’s being a jerk? Or does he really think this is the way to live. Just asking.