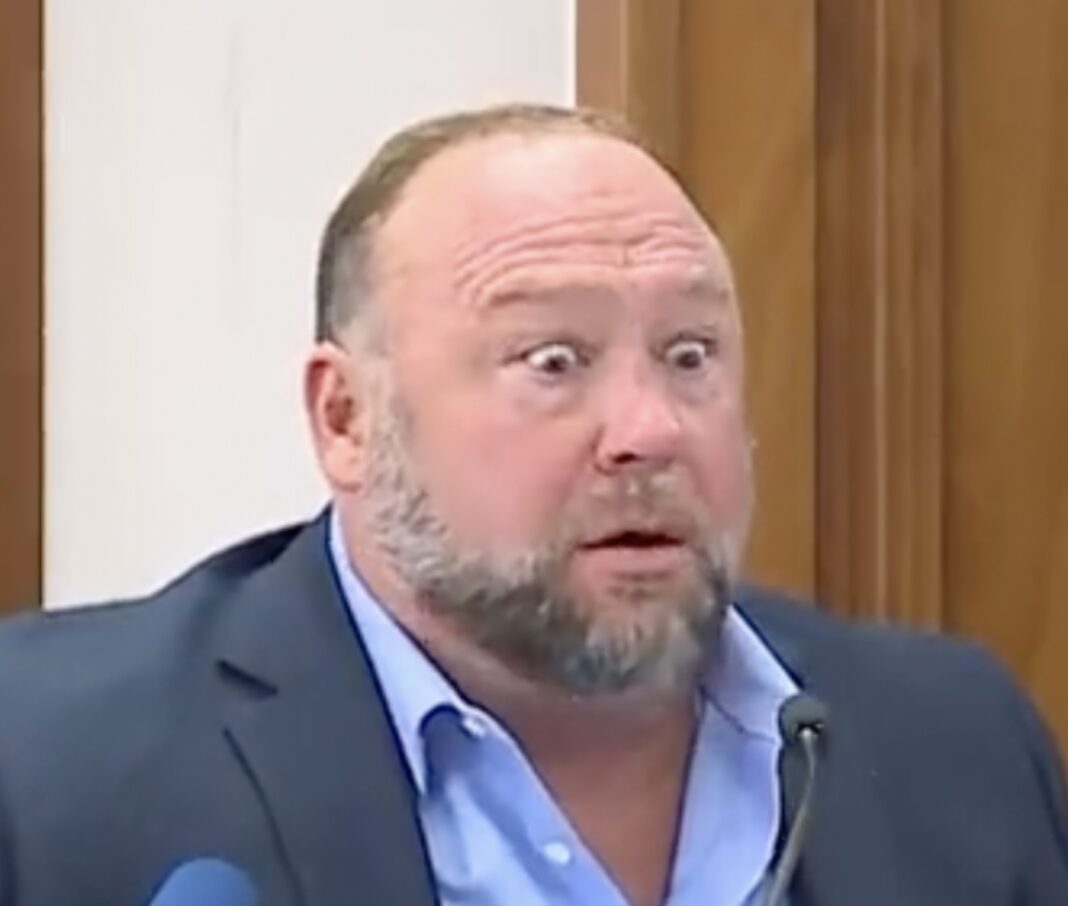 It’s not surprising that Alex Jones would evoke a comparison to this particular Hollywood movie, A Few Good Men. We know what a slime ball the man is and all we’ve seen him do throughout this trial is attempt to wriggle free.

Doesn’t look like he’s going to go that. As a matter of fact, if anything should cause him to have the book thrown at him, this would probably be it.

For a brief moment the veil lifts and you see the tiny, reptilian soul of the man.

A wild scene at the end of the Alex Jones trial today when Alex turned into Col. Jessup, talking about liberals loving to kill Iraqis, then: “I legitimately thought (Sandy Hook) might have been staged, and I stand by that and don’t apologize for it.” pic.twitter.com/nPpDKd01dQ

I don’t believe that Jones believed for one nanosecond of time that Sandy Hook was staged. I believe that he said it for the reasons we all know about, which is to pacify his pals in the gun lobby.

That trial must be a total circus. Take a look at this clip from yesterday, from the same source Law & Crime, where the judge and Jones’ lawyer get into it.

This is not a normal courtroom. I have attended various trials and this is not the norm. Now, the trials I attended had to do with auto accidents or medical malpractice and generally speaking, those aren’t topics that get people screaming. I have taken that into account. But it is a sad day for America if any trial goes on like this one has.

The defense attorney is out of control and you know that Jones could not be a worse witness in his own behalf if he tried.