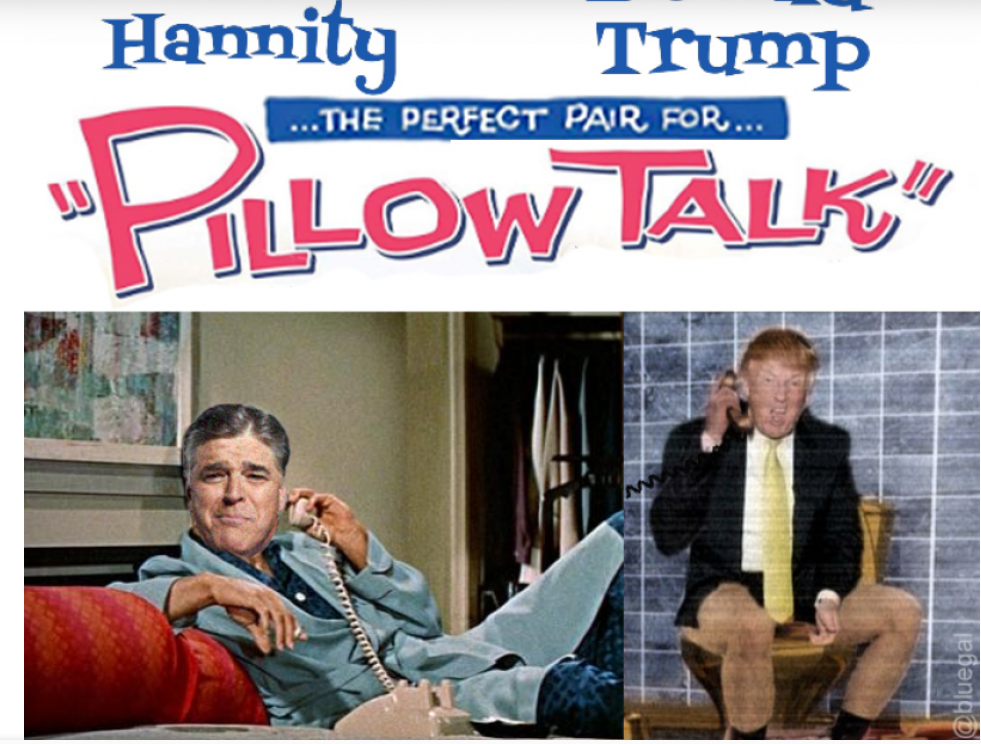 This was virtually assured. Donald Trump has loyalty to no one except Donald Trump. When the January 6 Committee wrote Sean Hannity the other day requesting his voluntary cooperation, they released a few text messages that were in their possession. Those messages were published, naturally, and Trump responded.

Trump is now responding to the Hannity texts released by the Jan. 6 committee, including when he told Mark Meadows that Trump should stop talking about the election. “I disagree with Sean on that statement and the facts are proving me right,” Trump tells me, via a spokesman.

What “facts” Trump’s referring to are unclear, but that’s par for the course as well.

Another damning revelation out of Hannity’s texts (and bear in mind, we haven’t seen all of them yet, only a few) is that the entire White House Counsel’s staff was ready to walk off the job. Hannity knew that, it’s news, that’s indisputable, but he chose to sit on it.

Hannity had the scoop of the century – had he been a journalist exercising 1A freedom of the press rights he would have reported that all of the WH Counsel's office was ready to resign. Instead he knew of a crime and covered it up. That doesn't sound like protected speech to me.

The committee homed in on just the period between December 31 and January 20th when Trump finally left office. They mention a text to Meadows in which Hannity said:

“We can’t lose the entire WH counsels office. I do NOT see January 6 happening the way he is being told. After the 6 th. He should announce will lead the nationwide effort to reform voting integrity. Go to Fl and watch Joe mess up daily. Stay engaged. When he speaks people will listen.”

It’s impossible to know for sure what he meant by “January 6th happening the way he is being told” but according to a number of accounts this was when Trump’s henchmen were hatching their plot to have Republicans in Congress object to the electoral count and have Pence throw the election to the House of Representatives where Trump would win despite losing through legitimate means. In other words, the coup was being planned. And apparently, the White House counsel’s office knew it was illegal and was threatening to quit en masse over it, or at least that’s the suspicion based upon what Hannity was texting.

Hannity was obviously very much in the loop inside the upper echelons of the White House and knew all about the discussions to put the heat on Pence. On January 5th he wrote to Meadows “Pence pressure, WH counsel will leave.” On the night before the insurrection he wrote, “I’m very worried about the next 48 hours” which prompted the committee to ask, “why?” — which is a very good question. Surely he couldn’t have foreseen the violent insurrection. But was Hannity worried that the entire administration would resign? Massive protests? It would be very interesting to know, although I doubt we ever will.

The letter suggests there are other texts which indicate that Hannity spoke with Trump personally that night as well as others. I have a sneaking suspicion that he didn’t express his “concerns” quite as openly with Trump. Nobody does that. No, this was Hannity wringing his hands with the chief of staff and others in the White House while he put on a happy face with Trump and his MAGA-crazed audience.

After Trump’s egregious performance on that day, which will live in infamy, and in the days after, Hannity once more proved that he was anything but a member of the press when he texted Meadows and Trump sycophant Rep. Jim Jordan of Ohio, worried about what Trump might do before the inauguration:

“Guys, we have a clear path to land the plane in 9 days. He can’t mention the election again. Ever. I did not have a good call with him today. And worse, I’m not sure what is left to do or say, and I don’t like not knowing if it’s truly understood. Ideas?”

Trump responded to that on Thursday night, telling Kaitlin Collins of CNN, “I disagree with Sean on that statement and the facts are proving me right.” Actually, they are not.

This is going to get good.