Donald Trump issued a statement on Tuesday, and Crooks and Liars is reporting that Trump issued the tear down of Rusty Bowers that you’re about to read prior to Bowers’ testimony. If true, that would be witness intimidation, but hey, in Trump world and the way things stand now, that is a minor infraction. We’re talking about a man who sought to perfect a coup d’etat against the world’s oldest democracy. 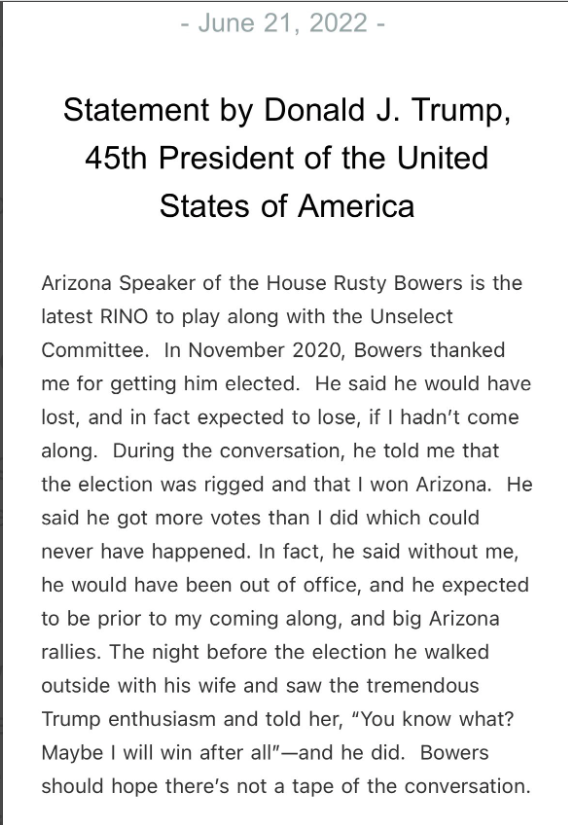 Maybe Trump hoped to intimidate Bowers or maybe this is a veiled threat and Trump is saying he has a tape of the conversation. Either way you cut it, this is sheer ugliness and vintage Trump.