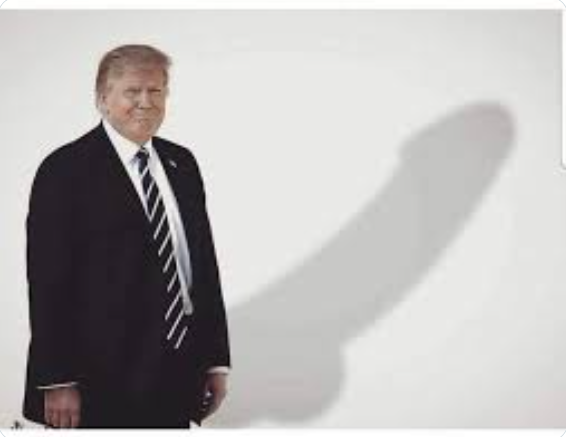 Maybe Trump’s aides are keeping the news from him. Or, maybe Melania forgot to grind up the Valium in the Diet Coke, again. In any event, Trumpty Dumpty is on his biggest, bestest social media platform, Truth Social, and he is rampaging — about stories that are at leave two days old. (?)

Ergo, he didn’t see them because they were kept from him, OR, he didn’t understand what they meant and had to have Sean Hannity translate for him (and not for the first time, I might add.)

OR, maybe the drugs finally did wear off.

My best guess here is that “international businessmen” translates as “billionaires who won’t give me money, now.” That’s the only plausible explanation, unless you know of some Republican GOP megadonors who plan to give Trump lots of money, but also keep their endorsement silent. Also, don’t forget, they’re all gathering in Las Vegas this weekend and Trump’s name is not exactly being lionized today, shall we say? Maybe that’s what he’s reacting to. Or, some combination of both.

What’s that you say? How did Karl Rove get into this? Maybe he’s in Las Vegas. Reportedly, Miriam Adelson isn’t committing the kind of money that she and her late husband Sheldon did, and she’s definitely at the Republican Jewish Coalition.

Then Trumpty lashed out again. 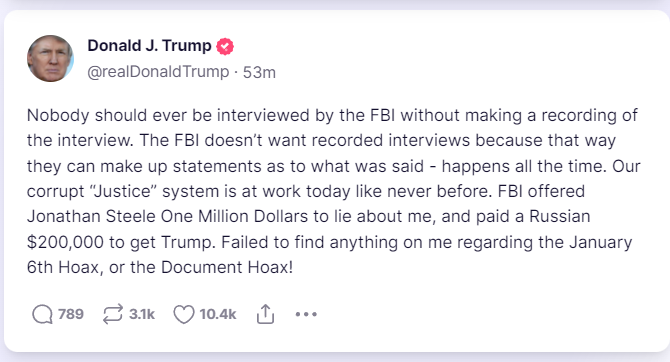 So now January 6 is a hoax. You thought it was an insurrection but you were wrong, it’s a hoax, excuse me, “Hoax” capital “H” and so is the Document Hoax! Ahem! Yes, Donald, we stand corrected! 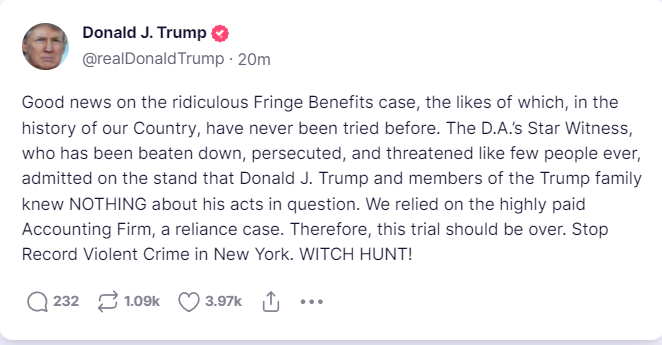 I think the last shot here merely shows that he’s flailing from topic to topic. I think the point made at the beginning is the valid takeaway here, which is that Trump knows he’s being dumped by donors right and left and that people are calling him a loser, which he hates. So now he’s declared war on the GOP. No, they only thought they left Trump, in fact. Trump left them. So there.