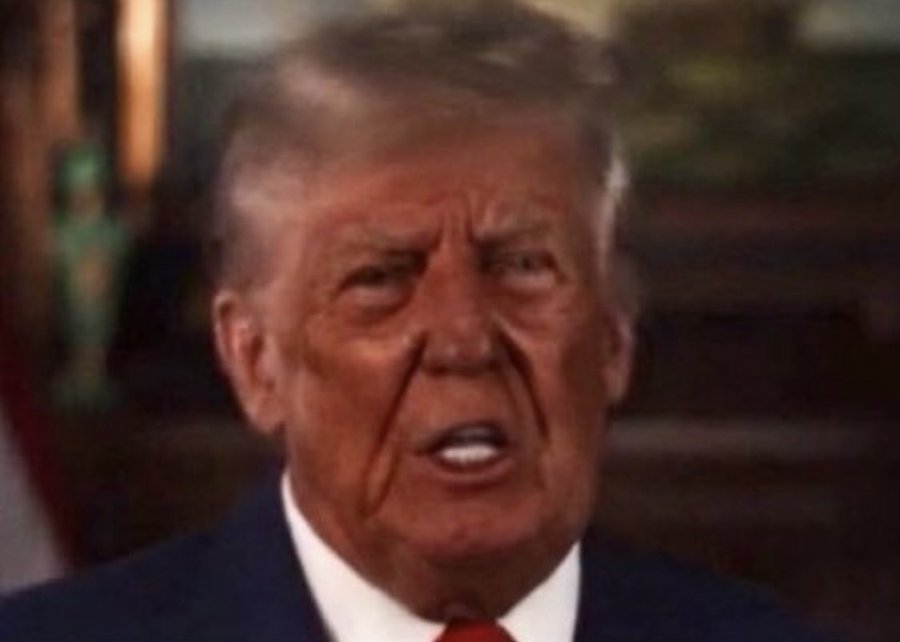 I already covered the fact that “Silk” said that her sister died due to poisoning. Her QAnon theory was that vaccinated people shed off the poison that then kills non-vaxxed people.

But there were a lot of other moving parts to this memorial that was as strange as one would expect it to be. If you invite Trump to speak, at anything, even at halftime of the Super Bowl, he’s going to review his grievances as he did at Diamond’s memorial. From Mediaite:

Former President Donald Trump went into several strange tangents about himself and his own self-interests on Saturday during the funeral for Lynette “Diamond” Hardaway in North Carolina.

Was anyone of the impression it might go otherwise?

As Richardson spoke, she described how Trump treated her and Hardaway “just like the other children: Eric, Don Jr., Tiffany.” When Trump spoke later, however, he weirdly told the mourners that Richardson never made an impression on him until that day.

After Silk goes on and on about how much she loves Trump and all the great times they had together, Trump gets up and says this: “I knew Diamond, but I didn’t know Silk at all. I just learned about Silk. You’re fantastic.” pic.twitter.com/jgReN5hW5C

Of course, then it was time for Trump to get down to business, whenever Trump has a crowd to speak to, it’s coming:

“And Give ME the MONEY to DO IT!” Trump did not say because he didn’t have to. Clearly, Trump thought this was just going to be an in and out thing:

He maybe has the right to be frustrated if that is what he was told. But I bet that he was told “his part” would be 15-20 minutes, and it seems as though he believed he would be the only one speaking.

So now you see why the first article – focused on the poison angle, needed an update – to round out the zaniness that happens whenever all the “Qs” get together with Trump.
****
[email protected], @JasonMiciak, SUBSTACK: MUCH LEFT ADO