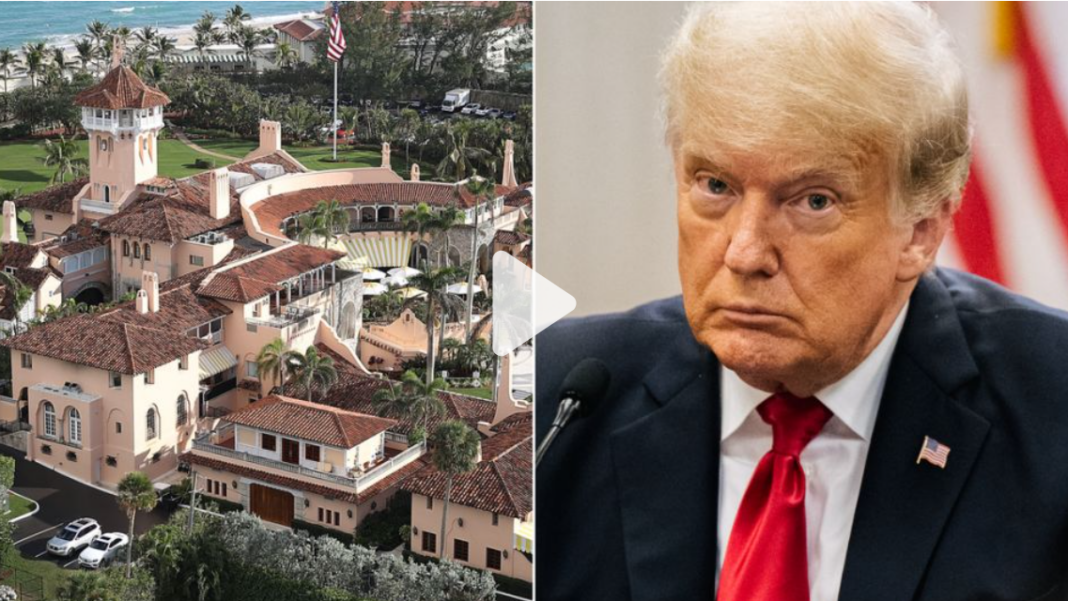 A little after 9:00 a.m. PDT Donald Trump took to Truth Social and posted about his declassification of documents relating to the “Russian Hoax” and of course the perennial favorite among conspiracy theorists, Hillary Clinton’s magnificent server and the emails that danced across it.

Presumably there is some connection between this and the boxes of documents which were recovered in last week’s raid on Mar-a-Lago.

If you hit this link you’ll see Trump’s manic tweet storm from the same day that these were posted. 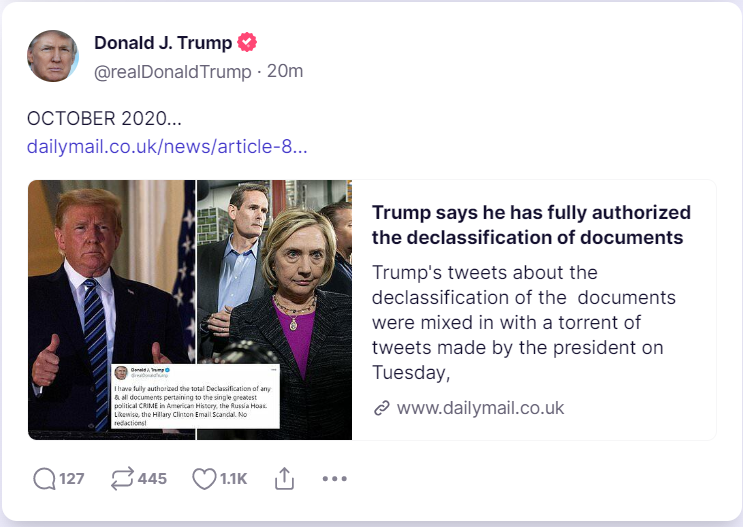 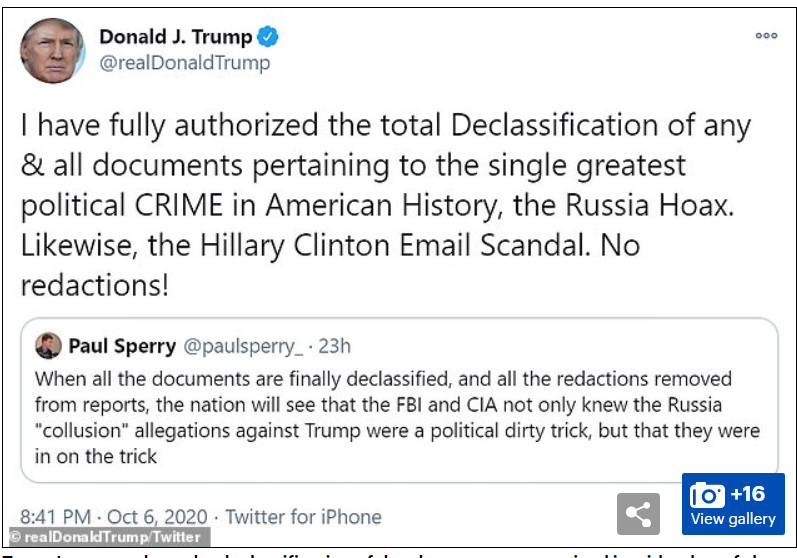 Contributions to Trump’s political action committee topped $1 million on at least two days after the Aug. 8 search of his Palm Beach, Fla., estate, according to two people familiar with the figures. The daily hauls jumped from a level of $200,000 to $300,000 that had been typical in recent months, according to the people, who spoke on the condition of anonymity to discuss nonpublic information.

The donations stayed unusually high for several more days and are still above average, both of these people said, though they have leveled off in recent days. There are more contributors than usual, these people said, and the average donation has climbed. […]

“Trump as a candidate and fundraiser has always had an impressively dedicated set of constituents who are particularly mobilized by anger,” said Jessica Baldwin-Philippi, a professor at Fordham University who researches how political campaigns use digital communications. “A threat, a negative, a time when you lose, can actually be lucrative.”

The fire hose of Trump fundraising emails referencing the Mar-a-Lago search exceeded the PAC’s average pace of about nine per day. The messages used alarming phrases in bold and all-caps such as “THEY BROKE INTO MY HOME,” “They’re coming after YOU,” and “THIS IS INSANE.” One message included a poll asking, “Do you agree that President Trump is being politically persecuted?” Another promised “an exclusive 1300% MATCH today only!,” a common tactic used to encourage people to respond immediately.

And it goes without saying that along with shelling out the money, some of the MAGA troops are ready to mobilize. You recall the armed Trump supporter in Ohio who was killed last week after trying to attack the FBI’s field office in Cincinnati.

Liz Cheney, in her Tuesday concession speech in Wyoming, said Trump is inciting violence now like he did in the run-up to last year’s attack on the Capitol. “It is entirely foreseeable the violence will escalate further,” she said.

And don’t forget Mike Pence, speaking in New Hampshire on Wednesday, who urged his party to reject calls to “defund the FBI” and said, “These attacks on the FBI must stop.”

Trump exists by ginning up the rage of the lunatic fringe. That is his modus operandi. It’s not likely to stop. Not while he needs money desperately for legal fees. Everybody is hoping for the best but a lot of people are preparing for the worst, i.e. more violence from MAGAs as Trump’s legal predicaments worsen and he continues to paint himself as the victim of persecution from a mythical Deep State.