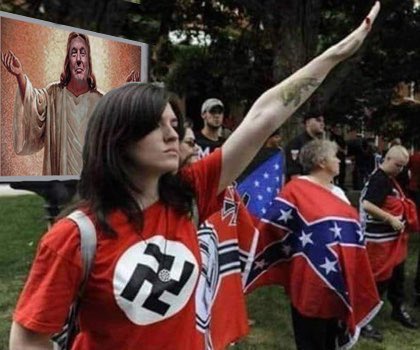 A picture is worth a thousand words and this one speaks volumes. That this is happening on American soil is beyond shocking.

I’m a boomer. My parents and many dear friends were members of the WWII generation and most of those folks are gone now. That’s why you can even see an image like this out in public.  Twenty years ago you would not have.

We have forgotten what we fought for back in the ’40’s. And then there’s this buffoon, 45, TFG, ginning it all up, fully as bad as you would have expected. Trump’s been cooped up and sweating about the Mar-a-Lago search warrant for over three weeks now. He came out of the gate screaming.

Trump: Biden gave the most vicious, hateful, and divisive speech ever delivered by an American president.. You’re all enemies of the state. He’s an enemy of the state! pic.twitter.com/84xfTkJzRh

It is somewhat amazing that Trump degenerated to this, and so quickly, but he did.

Hillary’s emails and Hunter’s laptop are all he’s got. This is what desperation sounds like.

Trump brings up Hillary’s emails and the crowd chants “lock her up” pic.twitter.com/EhpRstG845

And it went on from there, lame as you would expect.

Trump: They talk about documents not being properly stored yet they go in and take documents and dump them on the floor.. stage a photo shoot and pretend that I had done it pic.twitter.com/gzbZqWzdZ0

This is where it goes into straight psychosis, even for Trump. This is where he trashes the FBI — which, we remind you once again, is headed by a Republican and one whom Trump personally appointed, Christopher Wray. But that is not the issue. Utter contempt for and disregard of the rule of law in this country is Trump’s issue.

And you knew this was coming. I have to believe that any sane Republican is shaking his or her head and thinking, “Stop it!” because the party cannot keep going with this drivel of a stolen election.

But Trump is like the Energizer bunny with this drivel, he keeps on going.

Trump: The 2020 election was rigged and stolen pic.twitter.com/sISRT7AFXU

Even Joe Manchin is getting his licks tonight.

Not sure how much longer this travesty will continue. We may do a subsequent post. But for now, this is where we are. 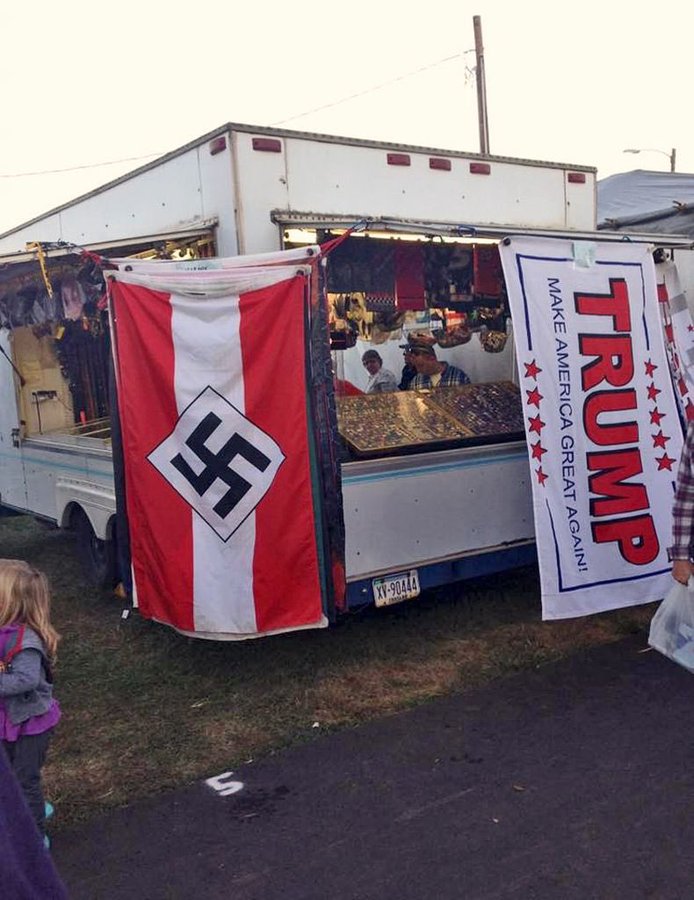 This is what a social cancer looks and sounds like.