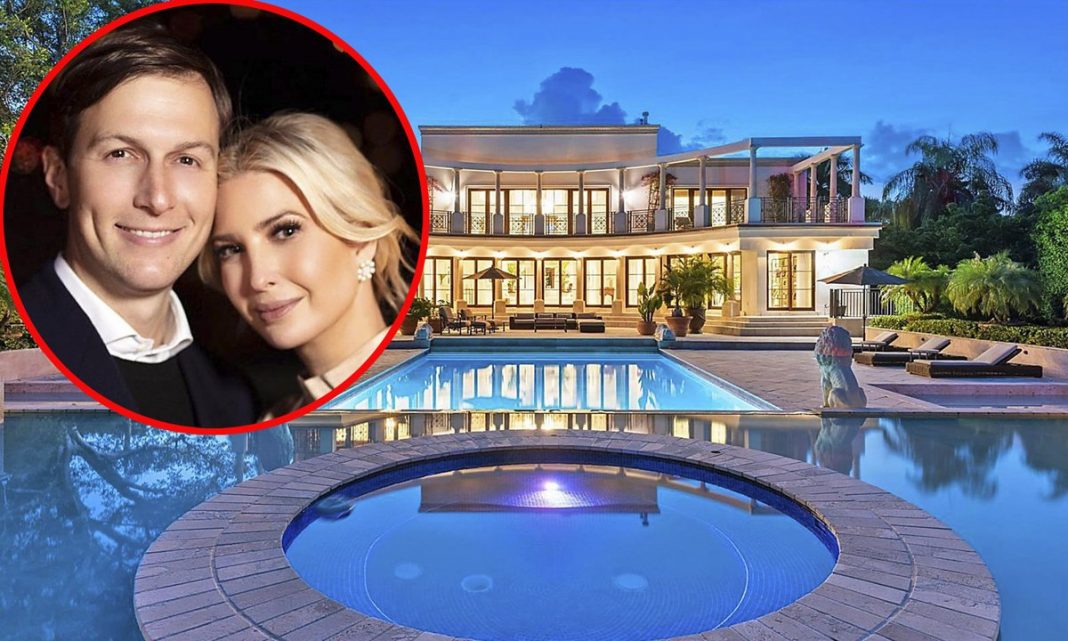 I’ve decided that Jared Kushner and Ivanka Trump are an alien species and I don’t hear anybody arguing with me. So I’ve decided to call them “the CoCone Heads” in homage to both Cocoon, because that is their native habitat, and SNL’s Cone Heads, because they really do think that they’re passing for human.

Ivanka and Jared bought a $24 Million mansion in Surfside, Florida, (which a local official describes as “full of nutty right-wing supporters with alcohol issues and easy access to firearms,”) where Ivanka’s trajectory in the public eye has gone “from haute to hated from fashionista to just fascista.” She is not impressing anybody with how she takes care of either her kids or her dog, but she is drawing praise for how she has taken care of her faux nose, cheek implants, breast implants, lip injections and the like. Life is about taking care of what’s important, right? Right. From the Washingtonian, “Javanka In Exile.”

One sunny day last June, a Surfside resident spotted a tall blond woman on the hard pack, with a little white dog on a leash. She watched as the woman led the dog off the pathway toward the beach, right past a sign that clearly said dogs weren’t allowed.

The resident, a beach activist who finds high purpose in protecting Surfside’s loggerhead sea turtles during nesting season, mobilized. “I was speed-walking at her and yelling at her,” she recalls. “I just opened my mouth and said, ‘You can’t go out there with the dog!’”

When the startled owner turned around, her face was immediately recognizable. It was Ivanka Trump—accompanied by her ten-year-old daughter, Arabella, and their ultra-white, blue-eyed pooch, Winter.

The resident was a bit flummoxed herself; this was her first face-to-face encounter with the former First Daughter. “She’s well put together,” the neighbor remembers. “She’s had a lot of work done, and it’s good plastic. It’s Miami, and there’s a lot of bad plastic here. She has good plastic.”

She does indeed have good plastic, here’s what that looks like. 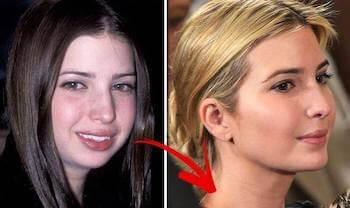 Eliana Salzhauer, a town commissioner, likens her reaction upon hearing Javanka was arriving to a scene in 1980’s The Jerk in which Steve Martin’s absurdist character is ecstatic to find his name listed in the phone book while an unhinged killer picks Martin’s name randomly from the same directory.

The last thing Salzhauer wants is to become an enabler of the couple’s reinvention act in South Florida, which makes the whole situation rather frustrating. As she puts it, “What are they doing in our town?”

Passing time, is what the word on the street is. Treading water. Waiting. Their idea is that sometime down the road, all the dust will clear and their participation in the most insane administration in American history will be forgotten, or at least not so readily accessible in everybody’s mind. At such time, so the theory goes, they’ll emerge and slowly rehabilitate themselves and reenter society, climbing as high as they were and even higher, and nobody will ever be the wiser. Life is but a big PR campaign, right?

Wrong, but that’s what they’re banking on. Meanwhile, they hide out for the most part.

The couple is rarely seen outside the Arte, and only the occasional paparazzo has published pictures of their doings (jogging on the hard pack, relaxing on a yacht in Biscayne Bay). One of the few times they seemed to be telegraphing more than proof of life was shortly after their former colleague Stephanie Grisham published her tell-all about the Trump White House. Jared and Ivanka—who, Grisham revealed, had been known around Melania Trump’s East Wing as “ ‘the interns’ because they represented in our minds obnoxious, entitled know-it-alls”—showed up at a Miami water park with their children and kissed for the cameras in their matching black bathing suits, as if to say, “I really don’t care, do u?”

Later, after a November outing to a Louis Vuitton show in Miami, leftie Twitter exploded and Vanity Fair followed up with a gleeful hate-read headlined JARED AND IVANKA TRY TO REENTER POLITE SOCIETY, ARE PROMPTLY TOLD TO F–K OFF.

And that may be the new normal for them. Say, do you think that they still have conversations at night about which one of them will run for president first? Just wondering.