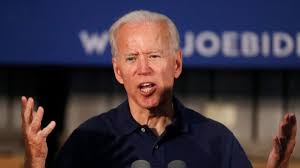 The Media, as it should be, is obsessed with the second impeachment trial of Donald Trump. But guess what? There’s a second word out there, and it keeps on spinning, whether or not the politicos want it to. And other important shit is going on.

Better yet, lost in the wall to wall coverage of the second Trump impeachment trial today, current President Biden mad an announcement. And that announcement was that after negotiations with Pfizer and Moderna, and pending the upcoming release of the new Johnson & Johnson vaccine, if all goes as planned, then the United States can plan on having an incredible 300 million Americans vaccinated against the coronavirus by the end of July. You know what that means? It means fucking herd immunity! We can all start to go back to living our lives again.

This is the miracle of leadership. Something that was sorely lacking for the last four years. Instead of running around rage tweeting, and looking for sound bytes, and holding empty press conferences of worthless bullshit, President Biden has been going about the business of marshalling the entire might of the United States government to get this pandemic under control. And its showing.

But before I get to the grand finale, there is something I want to remind you of. What has President Joe Biden been saying ever since the launch of his campaign? We are the United States of America! There is no challenge too great! We have been tested before, and there is noting that we can’t do when we all pull together to do it together!

Which leads me to my great cinematic conclusion. Right now, there are more than 45 million Americans that have little or no access to public transportation. Which means that getting anywhere other than an extremely short distance for a coronavirus shot is a major imposition on them and their families, many seniors like myself.

But it was announced today that Uber, Lyft, and several other nationwide transportation services have banded together to give underprivileged people free rides to get their vaccinations!

This would have been unimaginable during the divisive, hateful tenure of Trump. But Biden stepped forward, and promised that we would solve this problem together, as a nation, and corporate America is stepping forward to make sure he doesn’t turn out to be a liar.

And one more thing. With the announcement of the sudden new infusion of vaccines, national pharmacies from Walmart to Walgreens, from Kroger to Albertsons to Rite Aid, are all readying to receive vaccines to start protecting our fellow Americans. Elections have consequences. And this is what true leadership looks like.