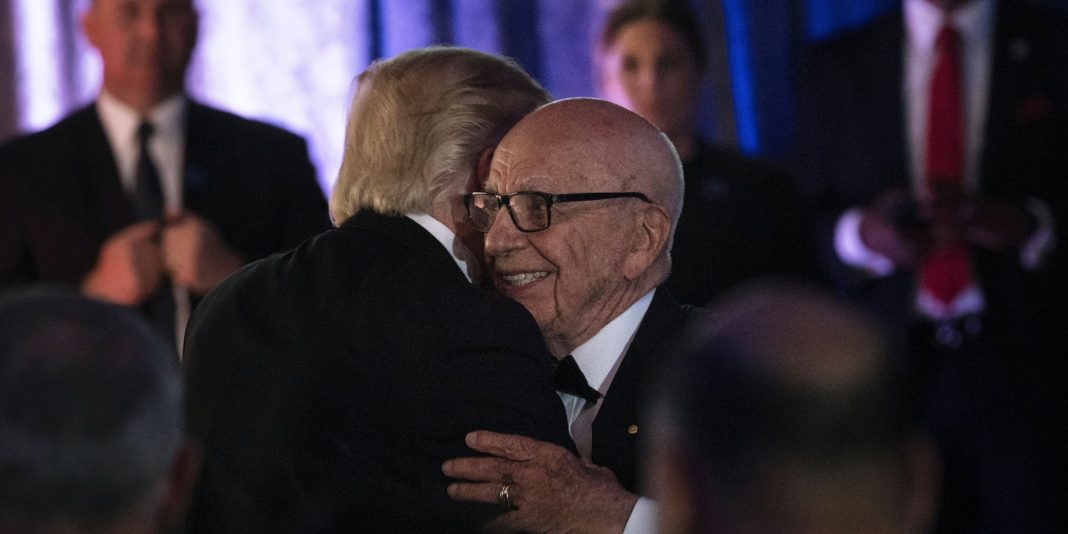 I wouldn’t want to Rupert Murdoch right now for anything, even all of his billions. Because I get the feeling that the breakup he’s just started is going to more bitter, bloody, and expensive than his last divorce. Because this time he’s breaking up with Donald Trump.

Frankly, the speed and vehemence of the anti Trump backlash throughout the GOP following Tuesday’s GOP debacle is evident. For two simple reasons. First of all, Trump is shit out of goodwill within almost the entire non MAGA GOP structure. And second, the bitching you’re hearing is from senior GOP operatives, strategists, and donors. Because they’ve already pivoted to 2024.

Look at it from their viewpoint. This is November of 2022. By Labor Day of 2023, there are going to high profile national candidates announcing their 2024 GOP runs. Organs like the NESC and the ECCC are already going to be going out scouting, rating, and grooming potential 2024 candidates for the Senate and House. And their current public comments are making it crystal clear, no MAGAt’s need apply.

And nowhere is that anger and disillusionment more acute than in one Rupert Murdoch. He boarded the Trump Train almost from the moment that Traitor Tot clanked and farted his way down that schlock Gilt escalator in June of 2015.  And Murdock went all-in. Trumpenstein had almost a permanent spot on Fux and Friends every morning, where he laid down his bullshit rap and took control of the media cycle for the day. Fucker Carlson and Slumlord Sean Hannity got into an airtime bidding war to get him on the show. And Cruella de Ingraham practically wanted to have his love child.

And it worked. At first. Trump beat the odds and won, and FUX’s ratings share grew. But then all the wheels fell off of the Trumpster Fire jalopy. Trump took a 40 seat spanking in the House, leading to 2 impeachments, and setting the table for 2020. Murdoch was able to blow that off as the normal 1st term shellacking.

It got worse in 2020. The Cheeto Prophet became one of only a handful of incumbent Presidents to get turfed out after only 1 term. He also lost the Senate, making the Biden agenda possible. But Trump remained popular with the FUX base viewership, so they went all-in on election denial, and The Big Steal. And the FUX News propaganda network wheezed on.

Then came Tuesday night, when the train finally jumped the rails and went off of the cliff. Desperate for a win, Murdoch was willing to bunt to get to first base. FUX personalities didn’t just predict a red wave, they didn’t just promise it, they damn near guaranteed it. The only thing they couldn’t quite figure out was if it would be a big red wave, or a beautiful red tsunami. They got neither.

The fallout over at FUX brings tears of joy to my eyes. I haven’t seen this much childish pouting and kicking since a daycare class got its snack privileges taken away for being rowdy. But nobody at Cluster Fux is throwing a bigger fit than Rupert Murdoch. And he’s unleashing every weapon he has to take his revenge on The Mango Messiah

Personally, I think that Murdoch is just starting to come to grips with how costly this divorce is going to be, both to FUX News Corp as well has his own ego. Murdoch sold his professional soul, along with his flagship organization, in order to become a Trump shill. When he makes the break, he’s going to basically say goom-bye to Trump’s rabid 30% base. Trump will brand FUX as Traitors to the cause, and they’re outta there. And with the drop in market share, FUX won’t be able to command the primo advertising rates anymore. Just ask Flush Limbaugh about that one.

And once they’re gone, how does Murdoch replace them? With Murdoch’s Trump fetish, he badly damaged his network’s image as an honest broker. Even after he scrubs the Trump stench off of FUX, it will take years, if not decades for Murdoch to rehab FUX’s reputation to the point that moderate conservatives will tune back in again. And lurking in the shadows is the Sinclair Media Network, some 100+ local network affiliates that took a chunk of of Murdoch’s ass when he had his last pissing contest with Trump. The Sinclair hyena will come sniffing around.

One more thing to consider. The FUX News prime time on-air personalities. In the Trump era, ass clowns like Carlson, Hannity and Ingraham command enormous salaries due to their success of pandering to Trump’s base. If Trump’s 30% base flees FUX, they’ll be fleeing them too. With their market shares down by 30%, and FUX’s ad revenue down as well as market share, their next contracts are going to be a shitshow. Remember that Limbaugh’s last contract was more than 45% lower than the previous one. FUX is just starting their journey through the 7 layers of hell.