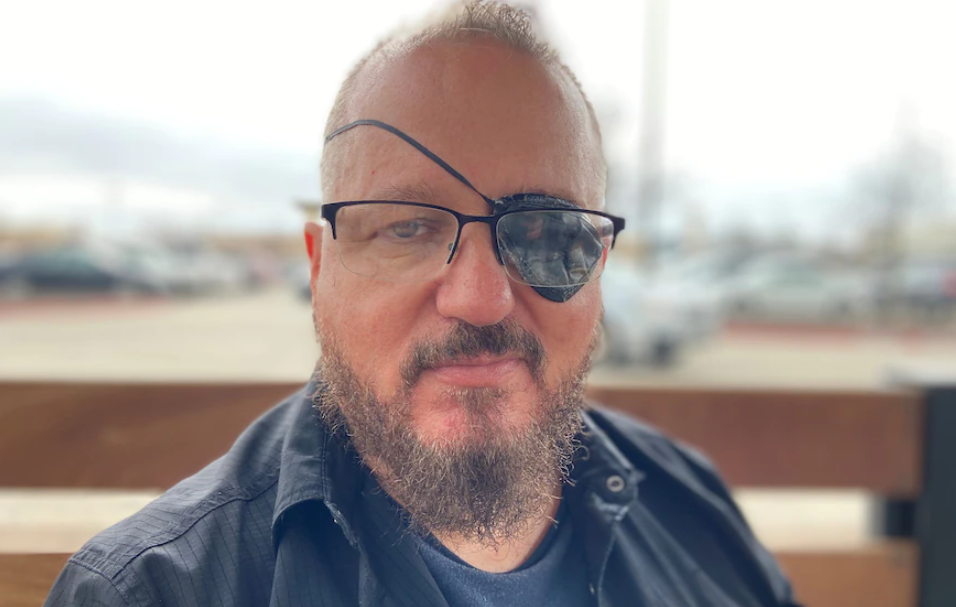 The biggest conundrum in Trump era politics, which is where we still are right now, is that the right-wing characters who perpetrate every outrage are known to us, and their specific dealings are known to us, yet the left and the mainstream media choose to ignore them for the most part. Social media even goes so far as to say, “Don’t give them oxygen! You’re only amplifying their voice!” to those of us who choose to put their doings on Twitter, Facebook and Democratic sites.

This is so wrong. This is ostrich thinking and this exact same kind of thinking is what got us Donald Trump in 2016. I for one was lulled into a liberal stupor by eight years of Obama and under the delusion that Hillary Clinton was about to make history and won’t a 12-year stretch of Democratic policies really be grand and — KABOOM!!! — an anvil fell on election night. I will never forget the sensation. I realized that night that the America I had grown up in and the America I was living in were two different places. The America who elected presidents as diverse as Hoover and FDR, Nixon and Kennedy, Bush Lite and Obama would never have elected Trump. But the country had changed.

I came to understand how thoroughly hated Hillary was in rural states, due in large part to a 20-year disinformation campaign, the “vast right-wing conspiracy” as she called it. And then by researching the Archives of Wingnuttia, as I think of it, looking at old religious channel broadcasts, reading what the KKK has been saying and doing for years, I came to understand how a buffoonish talk show host talking shit — and let’s face it, that’s the level of his discourse, not one jot above — could get elected to the highest office in these United States.

“The truth is out there” as the TV show proclaimed. And the truth is that there are a lot of subversive crazies right under our noses and they telegraph their next moves. One of the people I avidly follow on Twitter is Ron Filipkowski, a former Republican who loves democracy more than the GOP — what a breath of fresh air — and he has made a hobby out of following the right-wing loons.

The clips below are Filipkowski in an interview with BBC world and linked to it is a video that Stewart Rhodes put out January 4, 2021, talking openly about his plans for insurrection. It doesn’t get more blatant than this. So what has happened to America? We’ve taken a collective sleeping pill or we just don’t give a damn anymore?

Stewart Rhodes, 1/4/21: “We have men already stationed outside DC as a nuclear option in case they attempt to remove the President illegally, we will stop it. We will be inside DC, we will also be on the outside of DC, armed, prepared to go in if the president calls us.” pic.twitter.com/XCqqUPeQI7

And all that leads to this, the insurrectionist members of Congress.

He used the phrase “tip of the spear”. Madison Cawthorn loves to use that phrase. pic.twitter.com/5xM6jXlOG8

We are at a turning point in history now. It needs to be acknowledged every day and shouted from the rooftops. There are subversive forces in this nation, organized subversive forces, who will subvert the next election or take over the government by force if they are allowed to. This is neither hyperbole nor fearmongering. This is observation.

Here’s another observation. It’s not just street thugs like the Oath Keepers and the Proud Boys (whom Trump told to “stand back and stand by”) who were involved in seeking to overturn the 2020 election. Check out a new website called Insurrection Index, published by the voting rights group Public Wise. The website reveals how more than 1,000 people in either elective office or positions of public trust nationwide either spread the Big Lie or actively participated in the insurrection.

So we’re fighting not only the far-right extremists but sitting members of the House and Senate and other offices in this country. To me, this is a four alarm fire. Flames are licking at the foundation of democracy and if we don’t do something about it right now, we may be living in a very different country in the not too distant future.

Now on the good side of the ledger is the fact that Stewart Rhodes and 10 other members of the Oath Keepers were indicted for various crimes, including seditious conspiracy. I think you can call it a seditious conspiracy when guns, knives, radios, bullet proof vests, all that was collected in staging areas around Washington, D.C. and when the dialogue was along the lines of, “We will have to do a bloody, massively bloody revolution against them. That’s what’s going to have to happen.”

And on Christmas Day, “We need to make those senators very uncomfortable with all of us being a few hundred feet away…. I think Congress will screw him [Trump] over. The only chance we/he has is if we scare the shit out of them and convince them it will be torches and pitchforks time is [sic] they don’t do the right thing. But I don’t think they will listen.” On December 31, he wrote: “There is no standard political or legal way out of this.”

And then,  “You ain’t seen nothing yet,” one messaged another; and “We aren’t quitting!! We are reloading!!” And don’t forget Lauren Boebert’s idiot tweet about “This is 1776.”

And then finally, on January 20, one messaged another: “After this…if nothing happens…its [sic] war…Civil War 2.0.”

VICE is tracking right-wing activity.  They report that from January 6 to December 21, 2021, the Proud Boys appeared in uniform at least 114 times in 73 cities and 24 states, preaching the gospel of anti-vaxx and CRT. That’s a lot of activity. These people are very busy and they’re busy trying to recruit believers into their cult.

Four alarm fire. Let’s stop it at this point before it turns into total conflagration. Color me nervous.