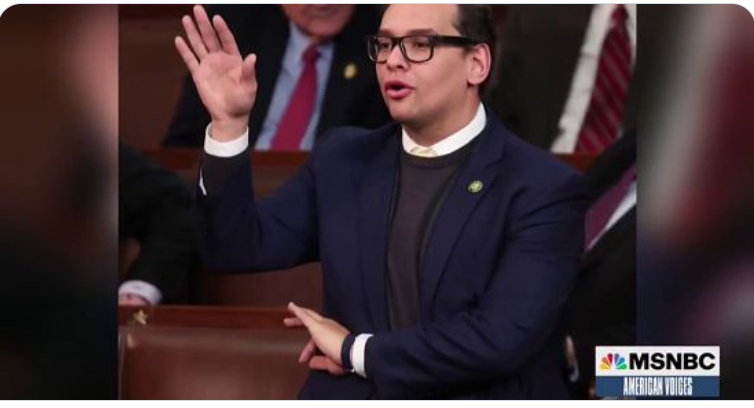 Beloved and revered sports reporter Dick Schapp died years ago. Schapp had seen it all, from Superbowls to the Rumble in the Jungle. Whenever asked who was the greatest athlete he had ever seen, he always said, “Bo Jackson was the best athlete of all time.” It is too bad that Schapp didn’t live long enough to see George Santos, who was like “the real Bo Jackson.” From the video below:

“George Santos here reporting live from the Super Bowl,” began Bowen Yang, wearing a sweater not unlike the one that Santos was pictured in on his first day in office.

“Congrats on an amazing career,” said James Austin Johnson as NFL on Fox commentator Jimmie Johnson. “I didn’t even know you played football, but I’m seeing here that you were the first player to lead the league in passing and rushing?”

“That’s correct,” Yang replied. “I’m sort of the real Bo Jackson, and I’m proud to be the first African American quarterback to ever dunk a football.” (Among the many things Santos has lied about, one of them was his heritage.)

The cold open is below, and though SNL is always razor sharp (mostly), this might have been one of the most bitingly accurate ones because not only does Santos need to be called out, but the skit also mocked Americans generally for putting up with the guy.

Oh, and Santos came out in his drag queen outfit, too.