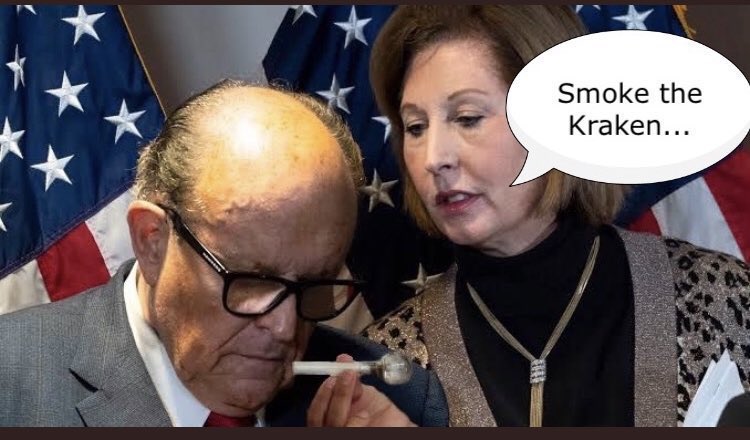 I wonder what made Sidney Powell go rogue. By all accounts she was a young woman of  considerable ability, finishing college early, distinguishing herself in law school, becoming a prosecutor and something happened to that person. She became a grifting shill for the worst enterprises that she could find to associate herself with.

Her Kraken revelations were nothing more than a joke and now she’s compounding her bad reputation by claiming to have “heard stories” that the rioters at the Capitol on January 6 were set up by the cops, in essence, but if you just send Powell your money, she’ll get to the bottom of it and justice will be done.

Sydney Powell send out a new plea for cash this morning, saying she has “heard stories” that Capitol Police opened the doors to the building then fired tear gas behind people to “force them into the Capitol,” and needs funds to further investigate. pic.twitter.com/GL0HR6ryRd

I think we should send Sidney a note and tell her that the J6 Committee and the taxpayers have this one covered. They’re going to get to the bottom of it. And we trust Bennie Thompson and Liz Cheney to handle these matters a hell of a lot more than we trust Sidney Powell. 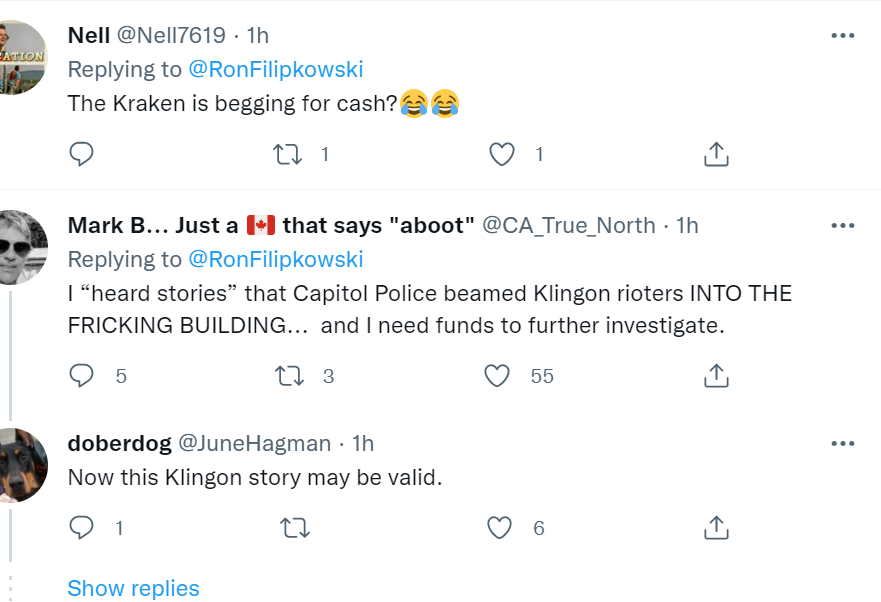 I’m with these guys, I’m going to pass the hat for the Klingon rioter investigation. Just send me all your money, I’m the designated representative for Starfleet in this sector.

Powell is smoking the Kraken, that much is clear. She’ll be lucky if she gets out of this mess she’s in with a license to practice still in her pocket.

What is amazing, though, is that she is the darling of the alternative reality people. They give her awards. When she speaks at QAnon conventions, Faith and Freedom meetings and the like, she is applauded and cheered.

I guess freedom means the freedom to give your money to the grifter of your choice.