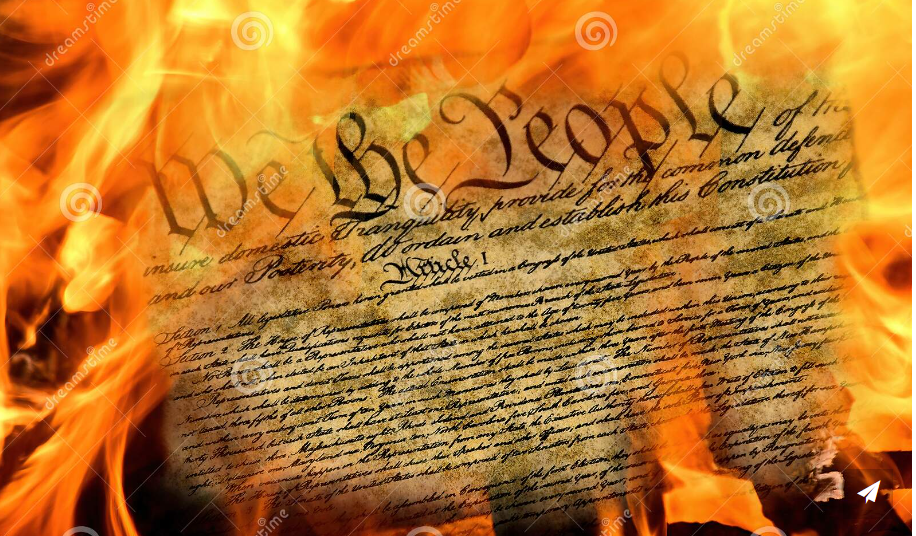 There was a lot to unpack at today’s January 6 Committee hearing but the two most solid takeaways were the revelation of which members of Congress immediately scurried asking for pardons and the bigger revelation of how close Jeffrey Clark came to taking over as Acting Attorney General, thereby precipitating the virtual walk out of the entire Department of Justice. The point was made, greatly to Donald Trump’s chagrin, that if Clark was elevated to the position, he would be sitting there by himself “in a graveyard.”

That didn’t go over with mob boss Trump’s vision of how it should go down. Be that as it may, he evidently kept pushing the issue, because things got so far as the White House switchboard and call logs listing Clark as having been hired to replace Jeffrey Rosen — after Rosen was hired to replace Bill Barr, after Barr was hired to replace Matthew Whitaker after Whitaker was acting AG after Jeff Sessions. The biblical begats aren’t as lengthy as Trump’s list of hires.

This is how close we came to a true constitutional crisis.

That day Clark could have sent the letter that Donoghue told Clark would have "spiraled us into a constitutional crisis." https://t.co/oNX2J2PUhx

And make no mistake, Trump wouldn’t have used the word “acting” if he could have circumvented the law and just named Clark as Attorney General. Aaron Rupar interviewed Ryan Goodman:

If Trump had dismissed Rosen, the next step was very obviously going to be that Jeffrey Clark as acting attorney general of the United States sends a letter to Georgia and several other battleground states saying something to the effect of, the Department of Justice has determined that there’s real concern about election fraud and we strongly encourage you to uphold the constitution by decertify your electors within three days of January 6.

That would’ve thrown the entire thing into an absolute tumult. Part of the question would would’ve been, what in the heck is the Department of Justice even doing in this process? That’s not its role, as Clark was being told by his colleagues. It was just such an outlandish scheme, but that’s the bomb that would’ve dropped.

As a counterfactual one question is, well, what if all the folks who said they were resigning would resigned and then speak to the public about what was going on? But that’s part of the constitutional crisis. It looks as though the entire leadership of the Department of Justice would’ve been beheaded and resigned, as well as the White House counsel.

Have these hearings significantly altered your thinking about how likely it is Trump is prosecuted?

They have altered my sense of how this is going to go down. I do think it bolsters both the Justice Department case and then the kind of wild card, which is that Trump gets indicted in the Fulton County district attorney case [for his involvement in trying to overturn the election in Georgia, including demanding the secretary of state to “find” votes for him].

I think the evidence is compelling. The public that’s watching can see a very compelling case and it gives cover to the Department of Justice and the Fulton County district attorney to move forward expeditiously and to at least cross the very first threshold, which is simply to ensure that there is a full blown criminal investigation into these matters. We don’t know that that’s happening at the Justice Department. That’s happening in the Georgia case. But I think that if that is not happening as of the start of June [on the federal level], that surely to goodness will be happening now. There’s so much that has been presented publicly that crosses the bar several times over for the threshold required to open an investigation.

It’s been said that Trump himself thinks that this time is different. Let’s hope he’s right about that. And always bear in mind, the investigation in Georgia continues and so does the one in New York State.