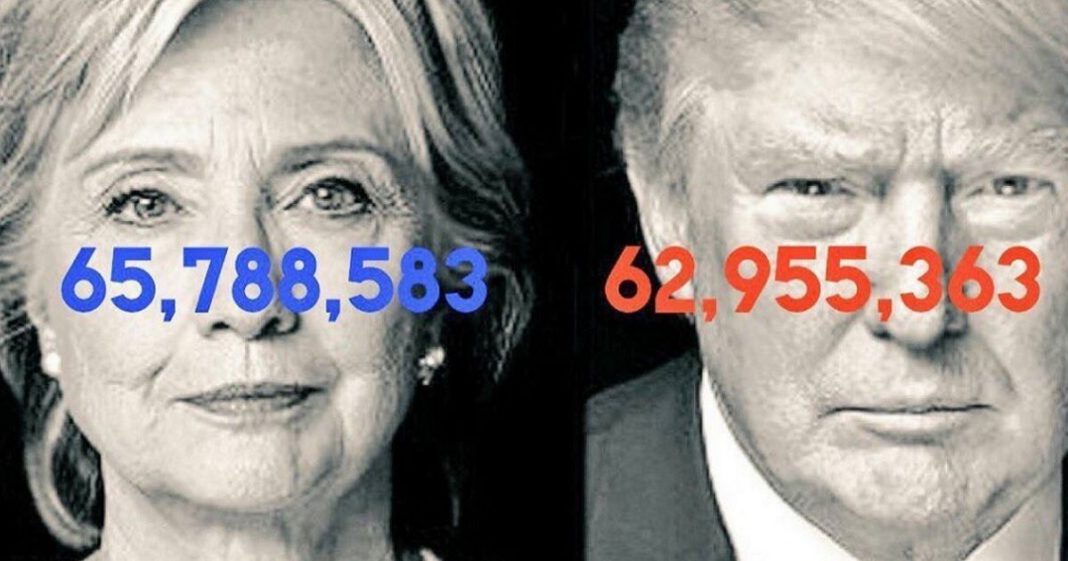 Hillary Clinton describes her loss in 2016 as “almost eschatological.” The word means, “relating to the final events in the history of the world.” For our purposes, 2016 was possibly the beginning of the end of the democratic experiment in this country. Clinton met with a writer from Financial Times for lunch recently and his headline was, “Hillary Clinton: We Are Standing On the Precipice Of Losing Our Democracy.”

I recommend you read the entire thing. The writer, Edward Luce, depicts the luncheon and talks about Hillary a bit. He reports that he has heard that in private and with friends she is funny and bitingly sarcastic. He reports that the media has never seen this side of Clinton. I mention this because I honestly believe that this is where Hillary Clinton has screwed herself politically her entire life. She doesn’t feel comfortable with the press and doesn’t let her hair down with them. That has worked to her detriment.

People have emotional intelligence and they sense that Clinton is not being spontaneous or completely open. This is why the accusations of underhanded doings stick to her like glue.  She is masked. She is guarded. And her enemies take advantage of her natural reticence and her caution and they spin into something evil.

What I think is really going on with her is what I’ll call a WASP sense of privacy and propriety. And that’s understandable and perfectly acceptable for most people. The problem is, at the level of presidential politics, you can’t really afford to be that private of a person. Clinton is immensely qualified but I think that her need to “act” a certain way in public has undermined her acceptance, and allowed her enemies to dig in with the secretive “crooked” Hillary allegations.

That said, listen to what she has to say about where we are in this country.

I ask whether things would have turned out differently had Clinton, not Trump, won in 2016. Her answer makes it clear she thinks the January 6 2021 storming of Capitol Hill to stop Joe Biden’s certification would simply have happened four years earlier. “Literally within hours of the polls closing in 2016, we had so much evidence pouring in about voters being turned away in Milwaukee and not being able to vote in Detroit,” she replies.

“These states were run by Republicans so there was no way to find out the truth about any of them. I also believe in peaceful succession and transition and all of that.” At that point she says she was unaware of Cambridge Analytica and the role of social-media algorithms — “all of the stuff that was convincing people that I was a murderer or a child trafficker”.

She reminds me that she won the popular vote by nearly 3mn but lost the electoral college by 78,000 votes. Biden won the popular vote by more than 7mn but barely scraped the electoral college by 43,000 votes. “That tells you everything you need to know about Republican strategy for 2024. Even in his reptilian brain, Trump has to know that he lost this time. He refuses to accept it because it wasn’t supposed to happen.”

Does she think Trump will run in 2024? “I think if he can he’s going to run again,” Clinton replies. “Follow the money with Trump — he’s raised about $130mn sitting in his bank account that he used to travel around, to fund organising against elections . . . I don’t know who will challenge him in the Republican primary.”

Interesting that she says, “if he can.” What might stand in his way? Maybe a criminal indictment?

It’s interesting to ponder Trump inciting the Capitol riot in 2017. Not to say he wouldn’t have done it. It would have been a pyrotechnic display of sour grapes, such as the world has never seen. At least in 2021’s riot, Trump could make the argument that something which was his was being taken from him. In 2017 it would have been, “something that I wanted wasn’t given to me,” which is a different kettle of fish.

It’s a shame that Hillary doesn’t feel free to be funny and sarcastic publicly. I really think I would enjoy knowing that aspect of her. Maybe she’s Dorothy Parker incarnate and we just don’t know it? Wouldn’t that be tragic? And in fact, that may be the case.