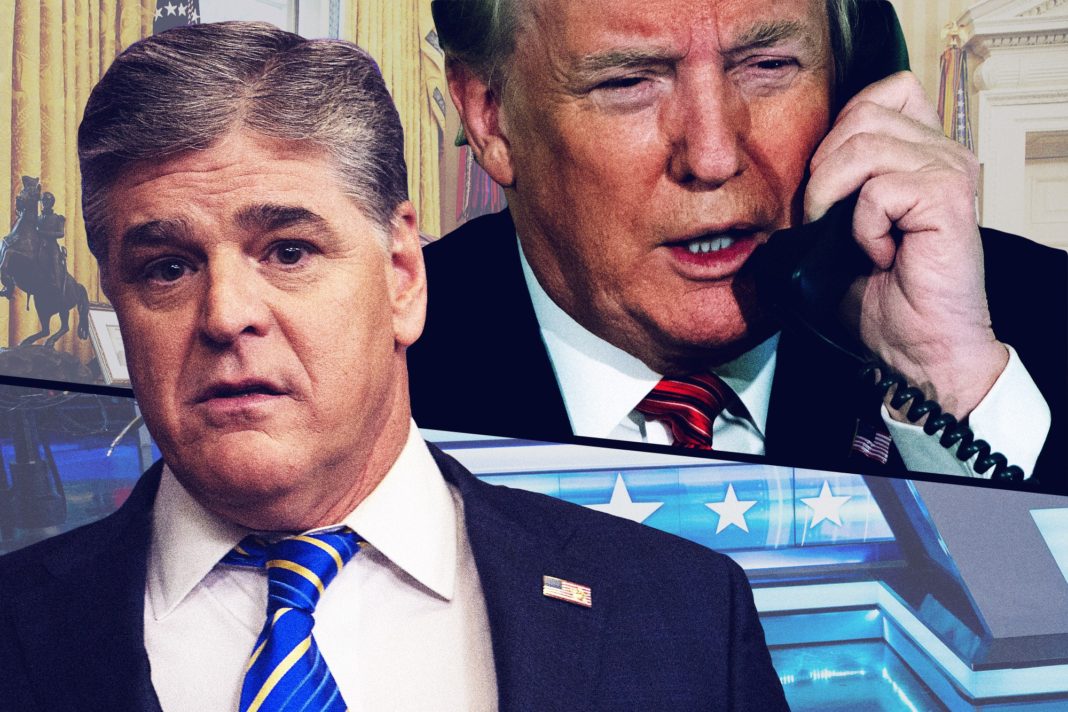 Here’s a link to the letter which Bennie Thompson and Liz Cheney sent to Sean Hannity regarding his communications before and after the riot at the Capitol. It’s pleasant and they go out of their way to stress that they don’t want any material relating to his “reporting” (quotes mine) broadcasts, or anything journalistic. They are strictly interested in his communications with Donald Trump, Mark Meadows and others as they relate to the riot.

Likewise, as you know from the Select Committee’s recent meetings, we are aware of and
interested in your communications to Mr. Meadows and others during the violent attack on January 6th, as the rioters were attempting to occupy the Capitol building. For example, we have your text to Mr. Meadows advising that President Trump should “… Ask people to peacefully leave the [C]apit[o]l.”5 President Trump did not do so until 4:17 p.m. that day.

Likewise, later on January 6th, you texted to Meadows press coverage relating to a potential effort by members of President Trump’s cabinet to remove him from office under the 25th Amendment.6 As you may recall,Secretaries DeVos and Chao both resigned following the President’s conduct on January 6th, as did members of the President’s White House staff. We would like to question you regarding any conversations you had with Mr. Meadows or others about any effort to remove the President under
the 25th Amendment.

DeVos resigned, which was very interesting at the time. It’s not surprising that Chao did. I’m sure McConnell saw to that. The fact that they both resigned would lend weight to the fact that the 25th Amendment was being discussed, because they wanted to get while the getting was good and not be roped into removing Trump from office, nor withstanding the media storm by opposing his removal.

Very interesting. I can’t wait to hear what Hannity lends to this discussion. I hope he’s got enough vape, he’s going to need whatever he can get to get through the days ahead. 2020 sure took an interesting turn when the reality of COVID had to be acknowledged mid-March, after Hannity’s graphic of zero deaths reported. That was a classic moment in “journalism.” Then after a dreadful year, things got worse in the first year of 2021. Now they’re about to get worse still.