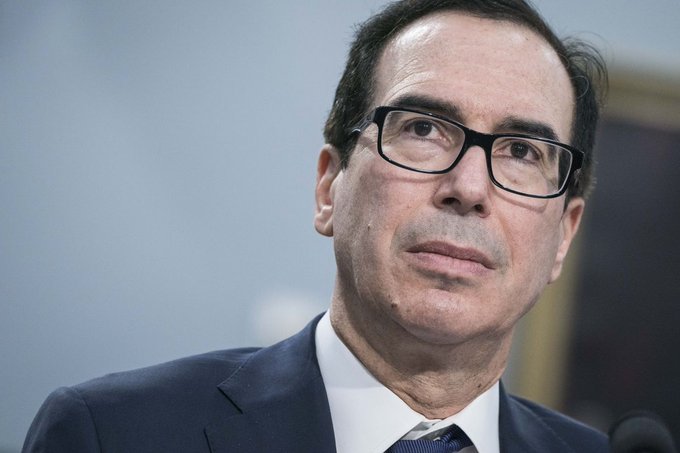 The Hill reports that Steve Mnuchin was concerned enough about the events of January 6th that he googled the 25th Amendment. He likely could have made it work. The 25th Amendment, in pertinent part, reads…

So that is what Mnuchin found as he admitted that he did google the amendment. From The Hill:

Former Treasury Secretary Steven Mnuchin said he briefly talked about using the 25th Amendment to remove former President Trump from power during a discussion with former Secretary of State Mike Pompeo in the wake of the Jan. 6 riot.

But Mnuchin, who served as Treasury secretary from the beginning of the Trump presidency to its end, said he did not seriously consider using the measure to remove Trump from office.

“The only research I did out of curiosity was I googled it,” Munchin said, adding, “I remember my general counsel asking me if we wanted him to do extensive research on it. I said, no, not at this point.”

So, wait, if his general counsel “asked him if he wanted extensive research,” then it would seem that Mnuchin not only googled the 25th Amendment but also talked to the Treasury Department’s lead counsel, a highly prestigious job that would only go to someone powerful and competent.

There are provisions in the Amendment where Trump could send a letter right back saying that he’s fine, but it starts a four-day contest whereby the cabinet again votes that Trump isn’t fine, and the vote is put to Congress. Given that 57 Senators found Trump guilty during the impeachment and the House was in Democratic hands, Trump likely would’ve been removed.

In terms of the “Trump cabinet,” Mnuchin, despite being the scavenger that he is, robbing the poor of millions by foreclosing homes during the great recession, was one of the most competent figures. And, even though every cabinet vote counts the same, if Mnuchin, the acting A.G. (who already told Trump “No” about the letter), Secretary of Defense are all in agreement with Mike Pence that Trump had to go, the rest of the cabinet is going to follow suit. They’re all equal, but some are vastly more equal. A.G., State, Defense, and Treasury and the National Security Advisor are the heart of the cabinet or upper officers who decide these things.

It would have worked then. It seems impossible now, given that the entire matter had been whitewashed, but those were the days of McCarthy calling Trump out, social media turning him off, and all that. Had Pence and Mnuchin brought the idea to the Cabinet, it would have worked, and the matter likely couldn’t have been whitewashed so easily.
****
[email protected], @JasonMiciak, SUBSTACK