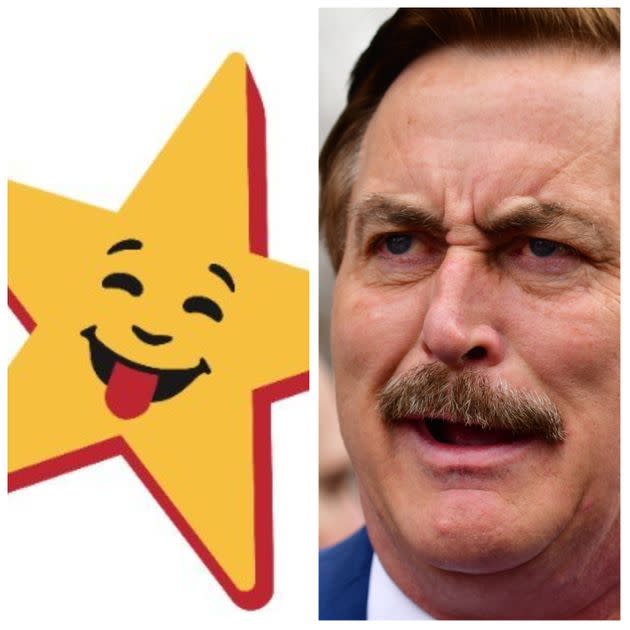 We are in orbit around the planet Mankako, in the Hardee’s nebula, where a crazy tradesman, much worse than Harry Mudd, believe me, is trying to brainwash the population into believing that a madman who lost an election actually won it. He’s sold more pillows than there are tribbles in order to raise the money to fight his hopeless cause.

The tradesman is especially peeved that his communicator was confiscated by the Federation and now intergalactic war will break out unless the PolitiPrise can stop it. (Cue music)

Mike Lindell announced this morning that he's suing the U.S. government and the FBI over his confiscated phone.

"Everything I had was in that phone!" pic.twitter.com/b7kJjymX8i

You heard it friends, “where no man has gone before” and by God, Alan Dershowitz is going to lead the way!

Here, listen to the music, while I ponder Trump: the Final Frontier. My God, Lindell is losing it. This is going to be incredible.